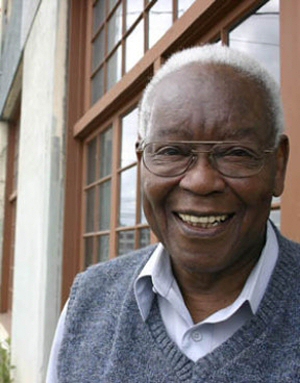 Harold Moss was the first African American to serve as mayor of Tacoma, Washington.  He was also the first to serve on the Tacoma City Council and Pierce County Council.  Moss has been active in the Tacoma community since the 1950s when he was a member of the local branch of the National Association for the Advancement of Colored People (NAACP).  Moss served two terms as president of the branch.  He also served on Tacoma’s first Human Relations Commission, currently known as the Human Rights Commission. In 1968, Moss helped create the Tacoma Urban League.

Moss’s political career began in 1969 when he ran unsuccessfully for a seat on the Tacoma City Council. A year later in 1970, Moss was appointed to City Council after a recall of five Council members. Moss ran for a full term in 1971 and won.

Moss, a full-time Urban League employee during the four year term was eventually persuaded by National Executive Director Vernon Jordan to step down from the City Council post in 1975 to avoid compromising the Urban League’s status as a non-profit organization.  Moss ran again in 1983 after he was no longer affiliated with the Urban League but lost the race.  He ran once more in 1987 and won, and was reelected in 1991. In January of 1994, then-mayor Jack Hyde passed away from a heart attack, only two weeks into his term. Moss, who was serving as deputy mayor at the time, was appointed the first African American mayor of Tacoma.

After serving as mayor of Tacoma for two years, Moss ran for a seat on the Pierce County Council in 1997 and was elected. He served on the Council until 2004 when he retired. During that time, he served as Chairman of the Council from 2002 until 2004. Moss was also a board member of the Washington Association of Counties for five years and was elected president in 2003. Moss came out of retirement in 2007 to run against Tacoma City Council incumbent Spiro Manthou, but was unsuccessful.