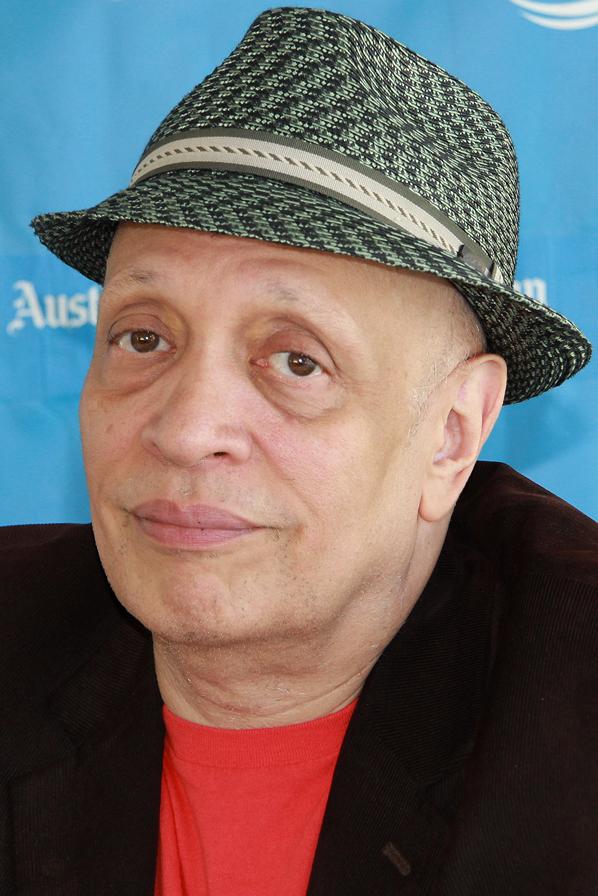 Walter Mosley, a prominent African American novelist who specializes in criminal mystery fiction, was born on January 15, 1952 in Los Angeles to Ella and Leroy Mosley. Mosley was born in Watts but grew up from age 12 in relatively affluent West Los Angeles.  Mosley’s mother was a Polish Jewish American personnel clerk and his father was an African American custodian at a public school. Mosley’s father was among the first to encourage him to pursue a writing career.

In his late teens and early twenties, Mosley went through a long-haired “hippie” stage where he traveled from Santa Cruz, California to Europe and back. Soon after this phase, he attended two colleges in Vermont, graduating from the second one, Goddard College in Plainfield, Vermont, with a Political Science degree in 1979. He entered a doctoral program in political theory but instead turned to computer programming as a career.

In 1981 Mosley moved to New York City where he began to work for Mobile Oil. He also began taking courses at City College in Harlem where his instructor, Edna O’Brien, further influenced him to pursue a career in literature.   The same year he met Joy Kellman, a dancer and choreographer.  They married in 1987 but divorced in 2001.

In 1986, Mosley began his writing career which continues to this day.  His first major novel, Devil in a Blue Dress, appeared in 1990. The novel was eventually adapted as a full-length feature film with the same title starring Denzel Washington as the major character, Easy Rawlins, a black private detective in post-World War II Los Angeles.  Rawlins has been the central character in eleven of his mystery novels.  Mosley’s subsequent novels, Fallen Angels: Fearless in 1995 and Always Outnumbered in 1998, also became films.  He also authored the novel, Maximum Fantastic Four in 2005 based on characters from a Marvel comic book series.

Mosley also contributed works from other genres besides mystery fiction, including science fiction, erotica, and children’s books.  To date he has written 34 critically acclaimed works.  His books have been translated into 21 different languages.

Throughout his career, Mosley has received numerous awards and recognitions. In 1996 he received the American Library Association’s Literary Award for his work on RL’s Dream and the O. Henry Award for A Socrates Fortlow. In 2000 he received a Grammy for his musical score, Workin’ on the Chain Gang. He is also a recipient of the PEN America’s Lifetime Achievement Award and he holds an honorary doctorate from the City College of New York.  He serves on the Board of Trustees of Goddard College and is on the board of TransAfrica Forum.