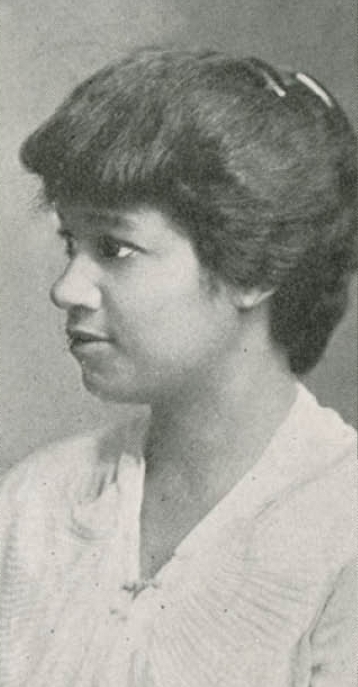 Brenda Ray Moryck was a Washington, D.C.-based black writer and social activist often associated with the Harlem Renaissance of the 1920s.  While Moryck and her female peers did not receive as much mainstream public attention as did many black male artists, she published short stories, essays, and book reviews in important journals such as the Urban League’s Opportunity and the National Association for the Advancement of Colored People’s (NAACP) Crisis.

Brenda Moryck was born in 1894 in Newark, New Jersey.  The great-granddaughter of Reverend Charles Ray, editor of the important antebellum black newspaper, the Colored American, Moryck noted that “writing is a tradition in our family.”  In 1916, she graduated from Wellesley College and returned to New Jersey to do volunteer work with the Newark Bureau of Charities.  Married to Lucius Lee Jordan in 1917, Moryck was widowed within a year and later remarried Robert B. Francke in 1930.  During this interim, she taught English at Armstrong Technical School, one of two segregated high schools for African American youth in Washington, D.C.

In the mid-1920s, Moryck was influenced by the African American arts movement centered in Harlem and Washington, D.C.  Her first major essay, “A Point of View,” which appeared in Opportunity in 1925, critiqued the idea that black writers were best suited to comic or emotional tales about rural black “folk.” Her 1928 story, “Days,” published in Crisis, centered on a black family who initially encountered hostility when they purchased a home in a segregated urban district but who eventually won over their neighbors.

Moryck was also an active participant in a variety of reform organizations including the Urban League, the Harlem YWCA, and the prestigious New York NAACP Women’s Auxiliary, among other groups.  Moryck resigned from her teaching position after her marriage to Francke, but lectured frequently on social reform interests and wrote commentary on the black literary and social scene for the Baltimore Afro-American and other East-coast newspapers.

Although her themes often identified with the interests of the black bourgeois class, Moryck’s career demonstrates African American women’s participation in the fertile black cultural politics of the early 20th century.  Brenda Ray Moryck died in Washington, D.C. in 1949.