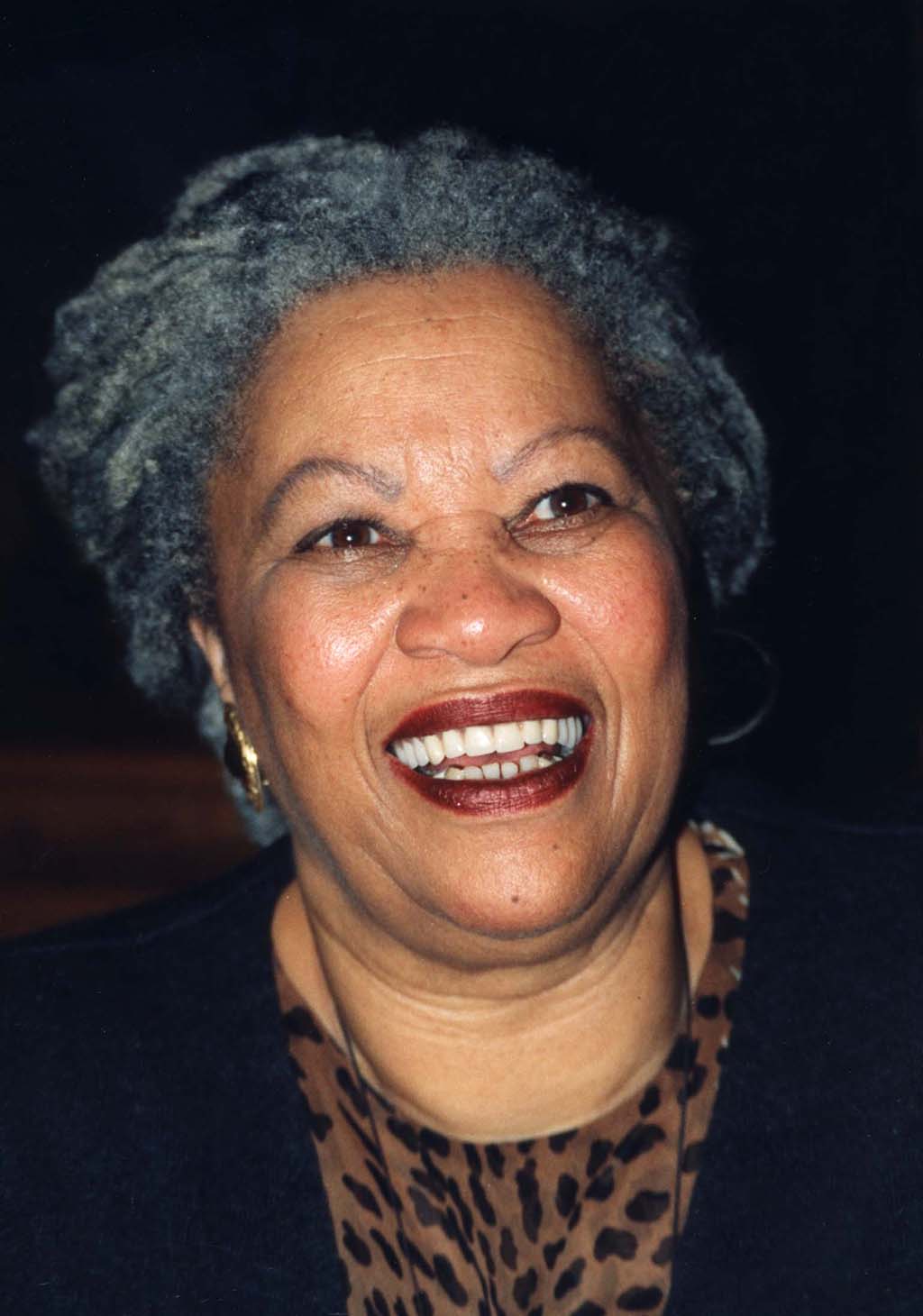 Born Chloe Anthony Wofford on February 18, 1931, in Lorain, Ohio to parents George and Ella Ramah Wofford, novelist Toni Morrison grew up in a working-class family.  She received a B.A. from Howard University after majoring in English and minoring in the classics.  Wofford earned an M.A. in English from Cornell University and then taught at Howard University and Texas Southern University, before entering the publishing world as an editor at Random House. She married (and later divorced) Harold Morrison and gave birth to sons Ford and Slade Kevin. Morrison taught at Yale, Bard College, Rutgers University and the State University of New York at Albany.  She later held the Robert F. Goheen Professorship in the Humanities at Princeton University.

Recognized internationally as a major American writer, Morrison was the author of eleven novels, including The Bluest Eye (1973), the story of a little black girl’s quest for identity and acceptance in a world that privileged whiteness; Sula (1973), which celebrates friendship between women and the complexity of black womanhood; Song of Solomon (1977), which follows its male protagonist, Milkman Dead, on his quest for cultural heritage; and Tar Baby (1981), which explores a love affair between a couple from radically different socio-economic backgrounds. Morrison’s early works received critical acclaim, including National Book Awards nominations and the National Book Critics’ Circle Award for Song of Solomon.

Morrison’s fifth novel, Beloved (1987), a haunting story about the atrocities of slavery and a black slave mother’s effort to protect her children against its dehumanizing effect through infanticide, won the Pulitzer Prize and was instrumental in her receiving the Nobel Prize for Literature in 1993. In 2006, Beloved, made into a movie starring Oprah Winfrey, was named the greatest work of American fiction in the past twenty five years by The New York Times Book Review.

In her subsequent novels Jazz (1992), Paradise (1998), and Love (2003), Morrison continued her exploration of such themes as friendships between women, quest for personal identity, the complexity of the black community, a celebration of African American history and culture, and the importance of love, the dominant theme in her work, to the human experience.

Morrison has published a play, Dreaming Emmett (1985), a short story, “Recitative” (1982), a series of children’s stories (with her son Slade), a libretto, Margaret Garner, and several non-fiction works, including The Black Book (1974) and a collection of critical essays, Playing in the Dark: Whiteness and the Literary Imagination (1992). The recipient of numerous awards and honors, Morrison was named curator for an art exhibit, “Stranger at Home” (“étranger chez soi”) (2006), for the Louvre in Paris, France, where she read from her ninth novel, Mercy.

Toni Morrison passed away on August 5, 2019, in a hospital in The Bronx, New York due to complications from pneumonia. She was 88 years old. She is survived by her son, Harold Ford Morrison, and three grandchildren.