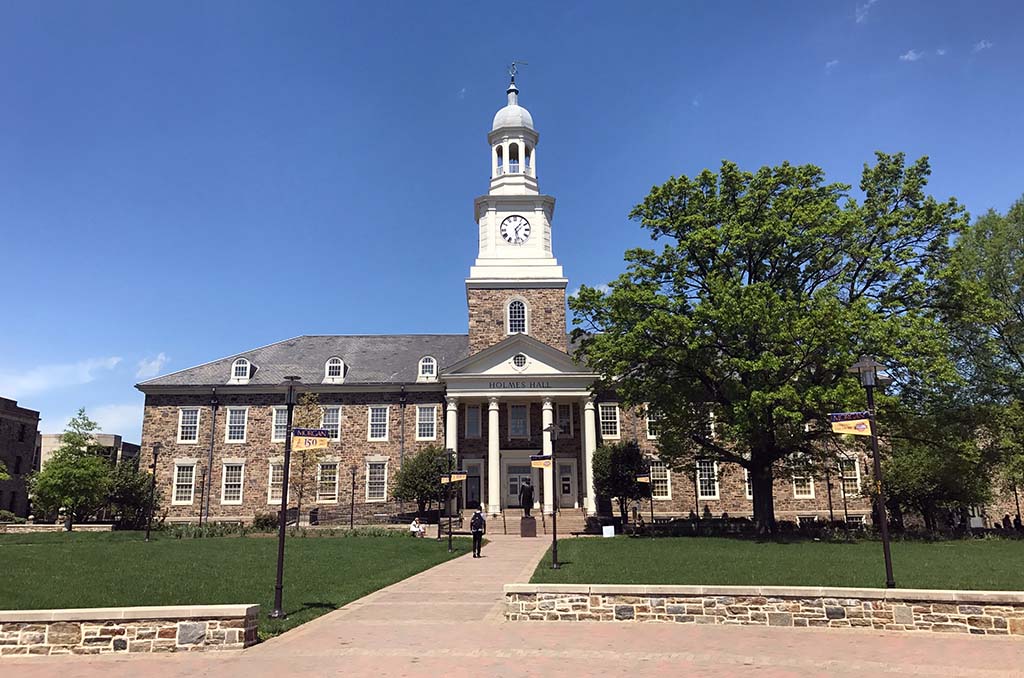 Morgan State University is the largest historically black college in Maryland.  Located in Baltimore, the school was established in 1867 as the Centenary Biblical Institute by the Baltimore Conference of the Methodist Episcopal Church.  Members of the Methodist Churches in Baltimore recognized the need for a school to train ministers.

The Centenary Biblical Institute was chartered on January 3, 1867, with its first class consisting of 20 students taught by Reverend James H. Brown and Reverend William Harden.  Although its original mission was to train young men in ministry, in 1875 it admitted women for the first time and began to train both men and women in teaching.  The school changed its name to Morgan College in 1890 in honor of Reverend Lyttleton F. Morgan, who served as the first Chairmen of the Board of Trustees from 1876 to 1886 and donated the land for the original campus.

Morgan College remained a private institution until 1939 when the state of Maryland purchased the school in response to a statewide study that determined that the state needed to provide more opportunities for its black citizens.  Although the school had received some state assistance as early as 1919, its funding by the legislature increased dramatically after 1935 when Donald Murray, a black resident, was initially refused admittance into the University of Maryland Law School and filed a lawsuit charging racial discrimination.

Murray eventually won admission into the law school, prompting the Maryland State Commission on Negro Higher Education to recommend that the state acquire the Morgan College campus and integrate it into the state system of higher education for African Americans. The increased funding and eventual purchase of the campus led some civil rights leaders to charge that Maryland acted only to keep other black students from seeking and gaining admissions to the then all-white University of Maryland.

On September 28, 1938, the Board of Trustees of Morgan College approved the transfer to the State of Maryland under the condition that the state maintain an institution of higher learning for blacks that offered a curriculum equivalent in quality to the curricula offered at the University of Maryland.

Morgan State University currently enrolls over 6,000 students at the undergraduate and graduate levels and offers more than sixty academic programs leading to a bachelor’s degree as well as graduate programs leading to Master’s and Doctoral degrees.  Today, even after the integration of the University of Maryland, Morgan State University continues to award the largest number of degrees to African American students in the State of Maryland.