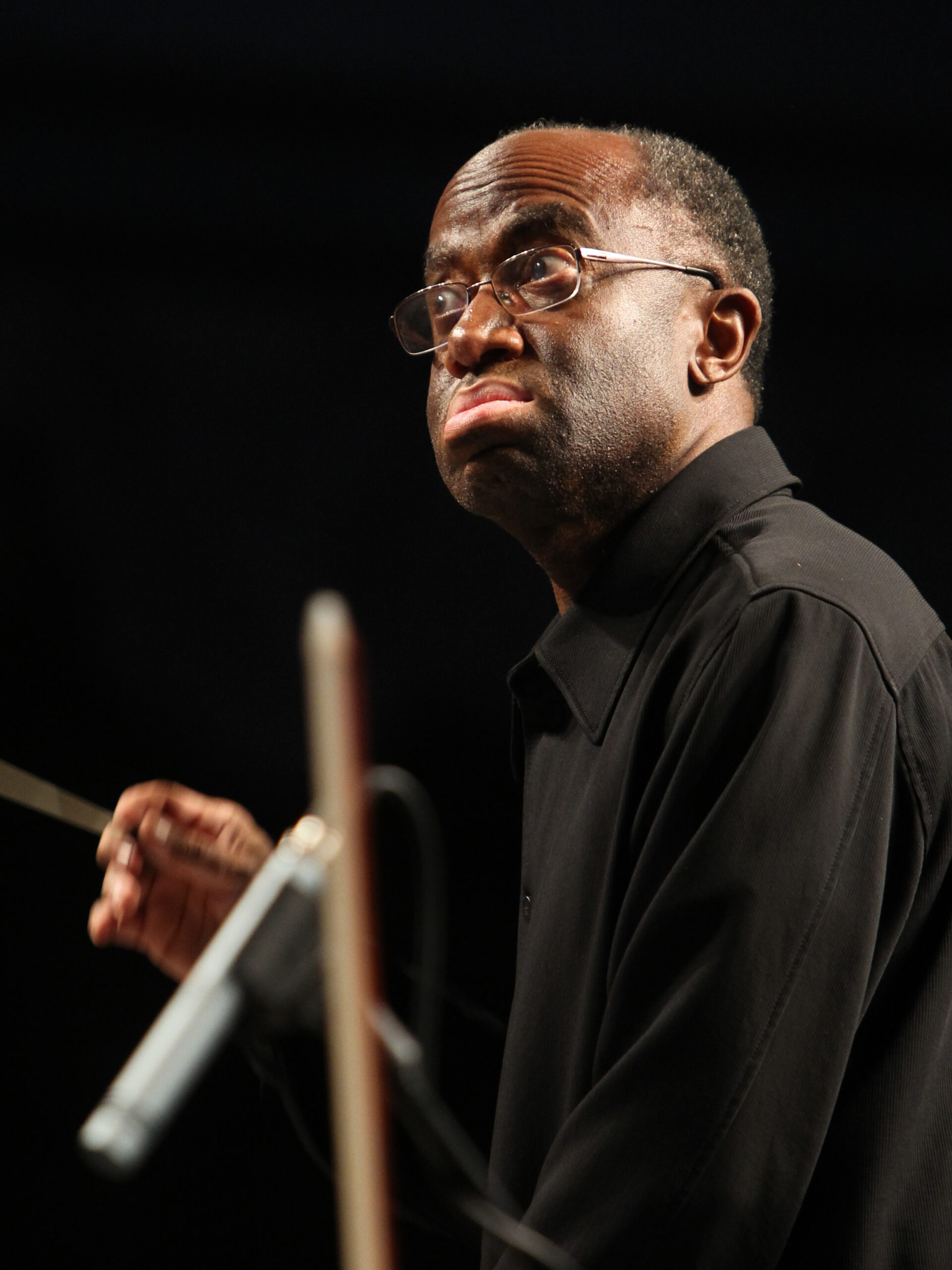 As a classical music conductor, Michael Morgan has been instrumental in bringing his eclectic orchestral leadership style to a diverse audience. Since becoming musical director of the Oakland East Bay Symphony Orchestra in 1990, Morgan has become well respected, particularly in the African American community of the area, and has served as an inspiration to groups that have been underrepresented in classical music.

Michael Morgan was born in Washington, D.C. in 1957. Morgan’s parents were government health researchers and notably active in the area public schools he attended. A child prodigy, at the age of 12 Morgan conducted his first classical performances.  He soon afterwards became involved with the District of Columbia Youth Orchestra Program.  After high school graduation, he would continue his study of musical performance at Oberlin College. During his college years, he was exposed to numerous notable classical conductors and performers including Leonard Bernstein, Gunther Schuller, Seiji Ozawa, and Julius Rudel.

Morgan graduated from Oberlin in 1979 and began his career working with various symphony orchestras.  During his early career, he gained a number of accolades including winning first prize in the Hans Swarowsky International Conductors Competition in Vienna, Austria in 1980 and soon after became assistant conductor of the St. Louis (Missouri) Symphony Orchestra. In 1986, he was selected assistant conductor for the Chicago (Illinois) Symphony Orchestra. Four years later, Morgan would become the lead music director (conductor) for the Oakland East Bay Symphony.

The ethnic diversity of the Oakland East Bay region influenced Morgan’s musical style and collaborations.  While his symphony performs many of the standards by Beethoven and Brahms, he has also infused styles of jazz, rock, and Afro-Cuban music into his performances. He has included modern pieces by local artists such as Victor Noriega, a Filipino American composer from Oakland. Other pieces include works by composers from Iran, China, Armenia, and Argentina.

Morgan has also worked to introduce younger local students from working class backgrounds to classical music as a way of increasing diversity in the field.  Under Morgan, the Oakland East Bay Symphony donates one-third of its annual budget to musical education, which has resulted in thousands of students throughout the East Bay becoming exposed to classical music. He has also spent much of his free time in East Bay area schools working directly with children to inspire the next generation of musicians.

Morgan’s musical skill and involvement in the community has generated numerous honors.  In 2005, he received the Governor’s Award for Community Service and the Concert Music Award from the American Society of Composers, Publishers, and Authors (ASCAP). His recognition has also gained him a place as a guest conductor for symphonies in Atlanta (Georgia), New York, Los Angeles, Houston (Texas), and many other cities.

In addition to being one of the few African American conductors of a major orchestra, Morgan is also openly gay. Morgan has embraced his unique profile within classical music saying, “Being black in what’s considered a white man’s culture, being gay in a straight culture, everything to me is about asking: ‘how do you use your outsider status to bring more people together?’” Michael Morgan passed away on August 20, 2021 in Oakland, California. He was 63 years old.