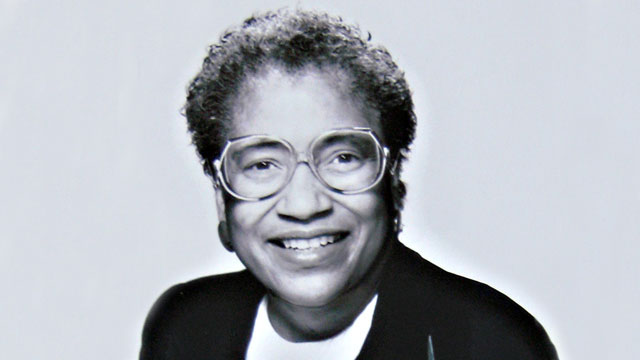 Moore has the distinction of being the first African American woman to earn a doctorate in Physics, granted to her from the University of Michigan in 1972.

Moore was born in Atlantic City, New Jersey on May 23, 1934. In 1952, she relocated to Ann Arbor, Michigan so she could attend the University of Michigan. She earned a bachelor’s degree in electrical engineering (1958) and a master’s degree in 1961.

While pursuing her doctoral studies under the tutelage of esteemed doctoral adviser and renowned spectroscopist Samuel Krimm, Moore’s thesis centered on the vibrational analysis of secondary chlorides, which was applicable to essential questions in the vibrational study of macromolecules.

Additionally, she was employed by the Datamax Corporation and KMS Industries while working on her Ph.D. and later held engineering positions at Barnes Engineering, Bendix Aerospace Systems, and Sensor Dynamics, where she was responsible for theoretical analysis. Later, she became an executive with the Ford Motor Company where she oversaw the warranty department of the automobile assembly.

A strong supporter of education, she was very active in STEM education for minority students, and as a member of The Links, Inc., she served as a tutor. She was a member of the Bethel African Methodist Episcopal Church and chairwoman of the Juanita D. Woods Scholarship Fund.

Moore was diagnosed with cancer and later passed away on March 14, 1994, at the age of 60. In 1995, she was posthumously awarded the Edward A. Bouchet award at the National Conference of Black Physics Students. Her research has been published in several scientific journals, such as the Journal of Molecular Spectroscopy and the Journal of Applied Physics. Along with colleague Yuin Wu, Moore published “Quality Engineering” in 1986 by the American Supplier Institute.

She is lauded as a trailblazer for her career-defining work, which paved the way for those who came after her.