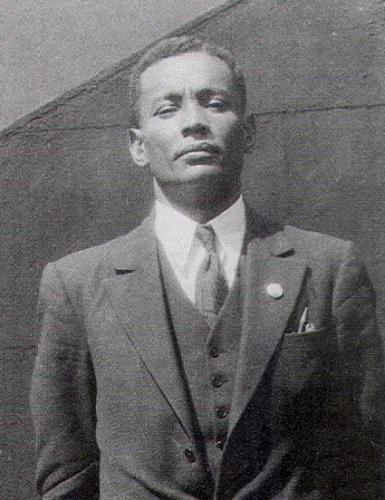 Following the death of his father Richard Henry Moore, Moore and his immediate family relocated to the United States on July 4, 1909.  Unknown to the Moore family, Richard Henry Moore had a number of outstanding debts, which upon his death forced their Christ Church home into foreclosure as they faced insolvency.  They became some of the earliest blacks to settle in Harlem, New York, an emerging milieu of social, political, and Black Nationalist activism.

Harlem introduced Moore to the realities of European colonialism in Africa and the Caribbean, as well as the injustices of Jim Crow and lynching in the American South.   By his 22nd birthday Moore became a follower of Socialist and fellow West Indian émigré Hubert Henry Harrison. He became active in the 21st Assembly District Socialist Club in Harlem in 1915.

By 1918 Moore was well known in Harlem through his speeches on street corners and in lecture halls where he combined elements of Black Nationalism and Marxism.  His second wife, Lodie Biggs, joined him in this effort.

Now considered one of the most radical black activists in the nation, in 1920 Moore was named by the U.S. Justice Department as a possible candidate for deportation. Nonetheless, he and partner W. A. Domingo launched The Emancipator, a magazine devoted to Marxism as the liberating ideology for African America.  Although little is known due to its secretive nature, Moore was also involved in the African Blood Brotherhood (ABB) beginning in 1919.  Two years later Moore and most of the ABB become the first African Americans to join the American Communist Party.  Richard Moore remained in the Communist Party until 1942 when he was expelled for promoting a Black Nationalist agenda.

In 1942 Moore turned his attention to his second passion, the collection and distribution of books on worldwide black history and culture.  He opened the Frederick Douglass Book Center in Harlem which soon became regionally known for carrying rare texts on black people, previously considered extinct.

In 1960, after investigating the etymology of the word “Negro,” Moore wrote The Name Negro: Its Origin and Evil Use  which argued against the terms “Negro” and “colored” in referring to people of African descent.  Instead, Moore prompted the term “Afro-American” should be used, considering “African American” awkward and unnecessary.

Richard Benjamin Moore died on August 18, 1978, in Hastings, Christ Church, Barbados, the place of his birth.