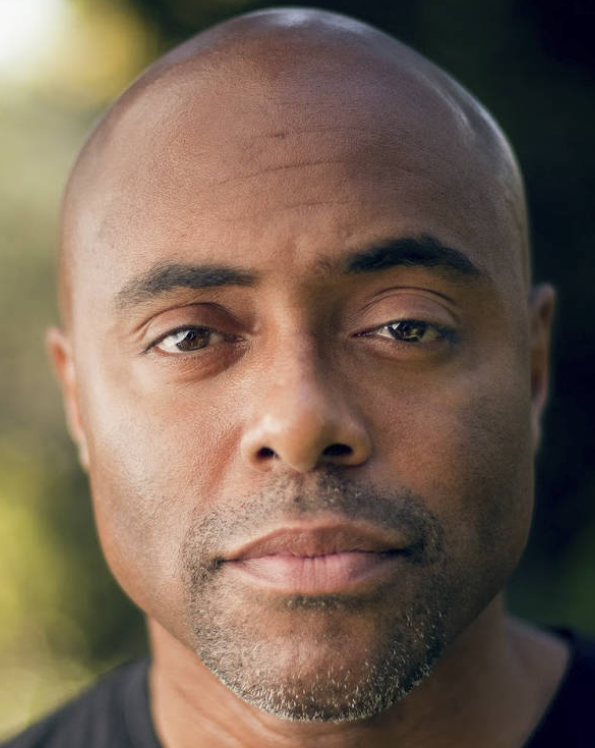 Jonathan Moore, teacher, musician, entrepreneur, activist, and youth advocate, was born to Gwendolyn Jones and Jonny Moore in Seattle, Washington, on April 21, 1969. As a student at Roosevelt High School in the 1980s, Moore rented rooms at the Seattle Center and threw a series of popular, well-attended all-city dances. After graduating, he attended Morehouse College in Atlanta, Georgia, where he formed the group Source of Labor with his brother Upendo “Negus 1” Tookas and Atlanta native DJ Kamikaze. Source of Labor returned to Seattle in the early 1990s, where Moore, also known as Wordsayer, immediately began engaging the local hip-hop scene on multiple levels.

At Langston Hughes Cultural Arts Center in Seattle’s Central District, Moore started producing a series of community-based hip-hop shows and activities, the first of which, “African Echoes—A Hip-Hop Continuum,” premiered in 1992. The following year, Source of Labor played the Crocodile Café in Belltown, which brought Seattle’s ‘second generation’ of hip-hop downtown for the first time. In 1994 Moore—along with his wife Erika “Kylea” White and Tookas—founded Jasiri Media Group, which Mickey Hess in the book Hip-Hop America: A Regional Guide, described as breaking away “from the vision of gangsta rap, which was the main focus of the rap industry at the time,” and instead promoting “a positive energy and medium for education in the community” that brought with it a “more educated, meaningful form of musical expression.”

Meanwhile, with the Teen Dance Ordinance strangling the life out of all-ages events in Seattle since 1985, Moore produced the all-age friendly “Sure Shot Sundays” in 1999 at the Sit & Spin downtown to provide opportunities for young people to see, hear, and perform local hip-hop. It was there, in 2000, that a young teenager named Ben “Macklemore” Haggerty made his live stage debut as a member of the group Elevated Elements.

When Seattle Mayor Paul Schell publicly blamed hip-hop for a 2000 shooting outside a Pioneer Square nightclub, Moore organized a peaceful rally at Westlake Park in response. Schell’s replacement, Greg Nickels, presented Moore with the Mayor’s Award for Excellence in Hip-Hop in 2003. He teamed with fellow Seattle icon Vitamin D to grow the local “Big Tunes” producer/ beat competition into a traveling national event broadcast on BET. At a time when local hip-hop radio was sorely lacking, he began co-hosting “Sunday Night Sound Session” with DJ Hyphen on KUBE 93 FM in 2005. The span of Moore’s influence continues to leave an indirect imprint. A lunch with Sub Pop Records Executive VP Megan Jasper led to experimental Seattle hip-hop duo Shabazz Palaces, signing with the label in 2010, which eventually also led to the signing of up-and-coming local MC Porter Ray, and the release of his highly anticipated 2017 debut album Watercolor.

Jonathan Moore’s depth of service and contributions place him among the most significant cultural figures in Seattle’s hip-hop history. Moore died on March 8, 2017, and is survived by his wife, Caitlin Brower Moore, and sons, Upendo Selassie Moore, eighteen, and Miles Samuel Moore, three.