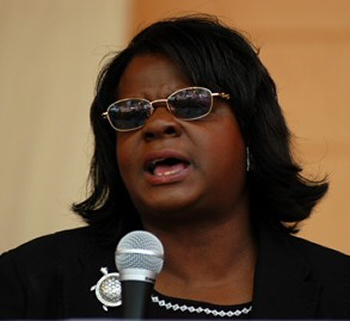 Gwendolynne Moore is the first African American member of Congress from Wisconsin where she represents the state’s Fourth Congressional District. Moore, a community leader and lifelong civil rights and human rights advocate, is the first woman to represent the Fourth Congressional District.  She is only the second woman to be elected to Congress from Wisconsin.

Gwen Moore was born April 18, 1951 in Racine, Wisconsin and raised in Milwaukee. She is the eighth of nine children born to a factory worker father and a public school teacher mother.  Moore graduated from North Division High School before attending college at Marquette University. Although she was a teenage mother who went on and off welfare, Moore earned her Bachelor of Arts in political science from Marquette in 1973.

After college, Moore became a housing activist and community leader.  She has worked for the city of Milwaukee as a city development specialist and was an organizer with Volunteers in Service to America.  Moore has emphasized a desire to increase and improve the quality of housing and communities in Milwaukee. She helped establish a community credit union to assist low-income residents in purchasing homes.

In 2004 Moore ran for the Fourth District Congressional Seat.  She was elected and took office on January 4, 2005.  Moore serves on the House Committee on Small Business and the House Committee on Financial Services. During her first term in office Moore was a co-sponsor of the SHIELD Act which helps protect victims of domestic abuse from the possibility of pursuit by their attackers. She co-sponsored legislation to oppose predatory lending and has called for the removal of troops from Iraq.  Moore has also pushed for expanded Medicaid assistance and introduced legislation which provided support for small businesses.

During her second term beginning in 2007, Moore was appointed to the House Budget Committee. Moore is also a U.S. delegate to the Organization for Security and Cooperation in Europe (OSCE). In this capacity she pushes for the protection of human rights in Europe. She serves as a member of the Parliamentary Network on the World Bank, an organization which works to strengthen accountability at the World Bank and other financial institutions for the work they do in developing nations.

Moore’s blunt support for human rights led her to become one of five members of Congress to participate in the April 2006 protest at the Sudanese embassy aimed at calling attention to the Darfur genocide.  Moore and five other members of the Congressional Black Caucus led civil rights groups such as the National Association for the Advancement of Colored People (NAACP), and TransAfrica Forum and members of the clergy in the peaceful protest. After addressing the crowd, Moore and her colleagues symbolically stepped onto the property of the Sudanese embassy prompting her arrest.