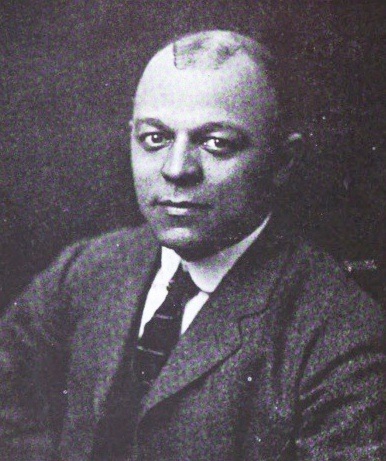 Frederick Randolph Moore, a political activist and journalist, was born in 1857 to his slave mother and white father in Virginia. While Moore was still very young, the family moved to Washington, D.C., where Moore attended public schools and to make money, sold newspapers on street corners.

Moore entered government service as a young adult and was able to rise through the messenger ranks in the U.S. Treasury Department to serve seven secretaries as personal assistant.  He was with President James A. Garfield when the President was assassinated in 1881.  Moore left government employment after the assassination and took a job as a vault and delivery clerk at a New York bank.  In 1879 Fred Moore married Washington, D.C. native Ida Lawrence. They had eighteen children, only six of whom lived to adulthood.

Moore was a strong believer in Booker T. Washington’s racial accommodationist philosophy.  In 1904, Booker T. Washington approached Moore and asked him to become an organizer for the National Negro Business League which encouraged blacks to start their own businesses. In 1905, with secret funds from Booker T. Washington, Moore became editor and part-owner of Boston’s Colored American Magazine.  Moore used the magazine to examine the horrors of lynching and the psychological effects of segregation.  He also used it to defend his mentor, Washington, from attacks by critics of the Tuskegee philosophy.

Moore also followed Washington’s call to start businesses by becoming a founder of the Negro Protective League in 1892 which organized the Afro-American Building and Loan  Association. When the Association failed Moore in 1905 invested in the Afro-American Realty Company in New York.  Anticipating the movement of growing numbers of African Americans to the city, the company planned to buy properties in Harlem from whites, and then rent or sell to in-coming black residents. This migration eventually developed but only after the Afro-American Realty Company went bankrupt in 1908 because too few renters sought lodgings in Harlem.

In 1905 Frederick Moore became a journalist for the New York Age.  With Washington’s backing, he purchased the paper in 1907 and increased its circulation from 5,000 a week to 14,000 a week by 1910, making it the most widely read African American newspaper in its time.  Through the New York Age, Moore promoted black capitalism, and Republican politics.  He also reported the cultural achievements of African Americans. With his influence through the newspaper, Moore won elections as a New York City alderman in 1927 and 1929.

Fred Moore became actively involved in interracial efforts that later lead to the formation of the National Urban League in 1910.  He served on the league board for thirty years.   Eighty-six year old Frederick Randolph Moore died of pneumonia on March 1, 1943 in his New York City home.