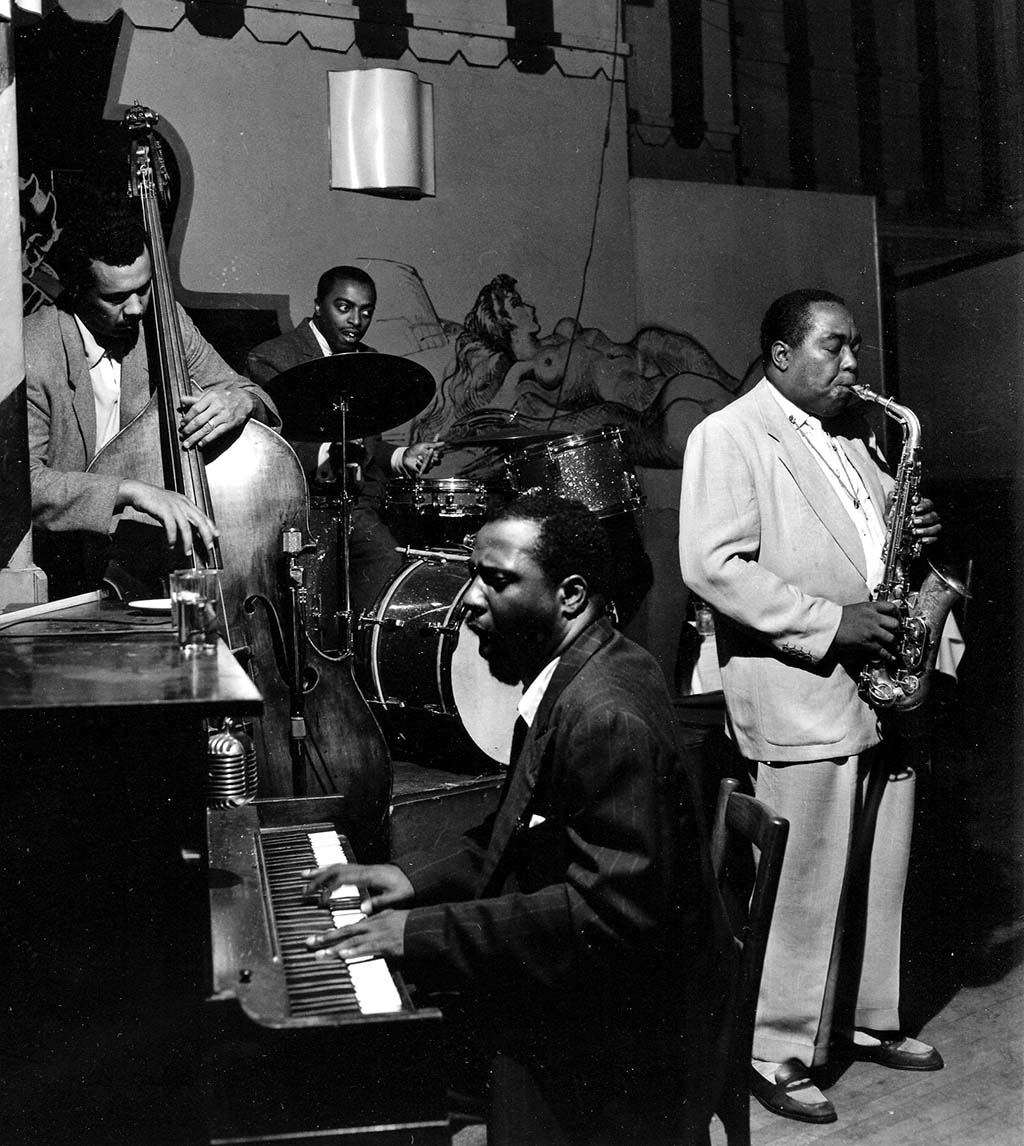 Jazz pianist Thelonious Monk became one of the 20th Century’s most influential and innovative jazz musicians.  Born on October 10, 1917 in Rocky Mount, North Carolina, the son of Thelonious and Barbara Monk, young Thelonious Monk grew up in New York City after the family moved there in 1922 and began playing the piano without formal training.  Monk, who was raised in the midst of gospel traditions and street music, later studied at the Juilliard School of Music in New York City.

At age 17, Monk toured the United States as an organist with a traveling evangelist.  By the early 1940s he began working as a sideman with New York City jazz groups.  Eventually he became the house player (regular performer) at Minton’s Playhouse, a legendary Manhattan nightclub. While there Monk came into contact with other musicians such as Dizzy Gillespie, Miles Davis, Charlie Parker, Sonny Rollins and Milt Jackson.  Along with these artists, Monk became one of the creators of the bebop jazz tradition.

Monk’s first recorded jazz performance came in 1944 while he was with the Coleman Hawkins Quartet.  He made the first recording under his own name in 1947 at a session for the Blue Note label.  His premier album included unusual songs like Evidence, Criss Cross, and Carolina Moon, all of which reflected what would become Monk’s trademark style, incorporating silence and dissonance as forms of self-expression.  Soon after his first recording session, Monk married Nellie Smith.  The couple had two children.

If Thelonious Monk’s style was appreciated by other jazz musicians such as Miles Davis and John Coltrane, it did not catch on with the jazz audiences of the era.  Not until the release of Brilliant Corners in 1956 did Monk have an album considered commercially successful.  Shortly afterwards he released  Thelonious Himself  and Thelonious Monk with John Coltrane, which proved to be masterpieces that launched Monk’s career as one of the most acclaimed and controversial jazz improvisers of the era.  Monk would record other compositions such as Epistrophy, Straight No Chaser, and 52nd Street Theme.  “Round Midnight” (from the album Thelonious Himself) would become a jazz standard.

In 1964, Thelonious Monk was the subject of a Time Magazine cover story which led to several international tours.  Legendary saxophonist John Coltrane wrote in the 1960s, “Working with Monk brought me close to a musical architect of the highest order.  I felt I learned from him in every way—through the senses, theoretically, technically.”

Thelonious Monk quit performing in the late 1970s and spent the rest of his life in seclusion.  He died on February 17, 1982.  In 1993 Monk was posthumously given the Grammy Lifetime Achievement Award.  In 2006 he was posthumously awarded a Pulitzer Prize for Music.