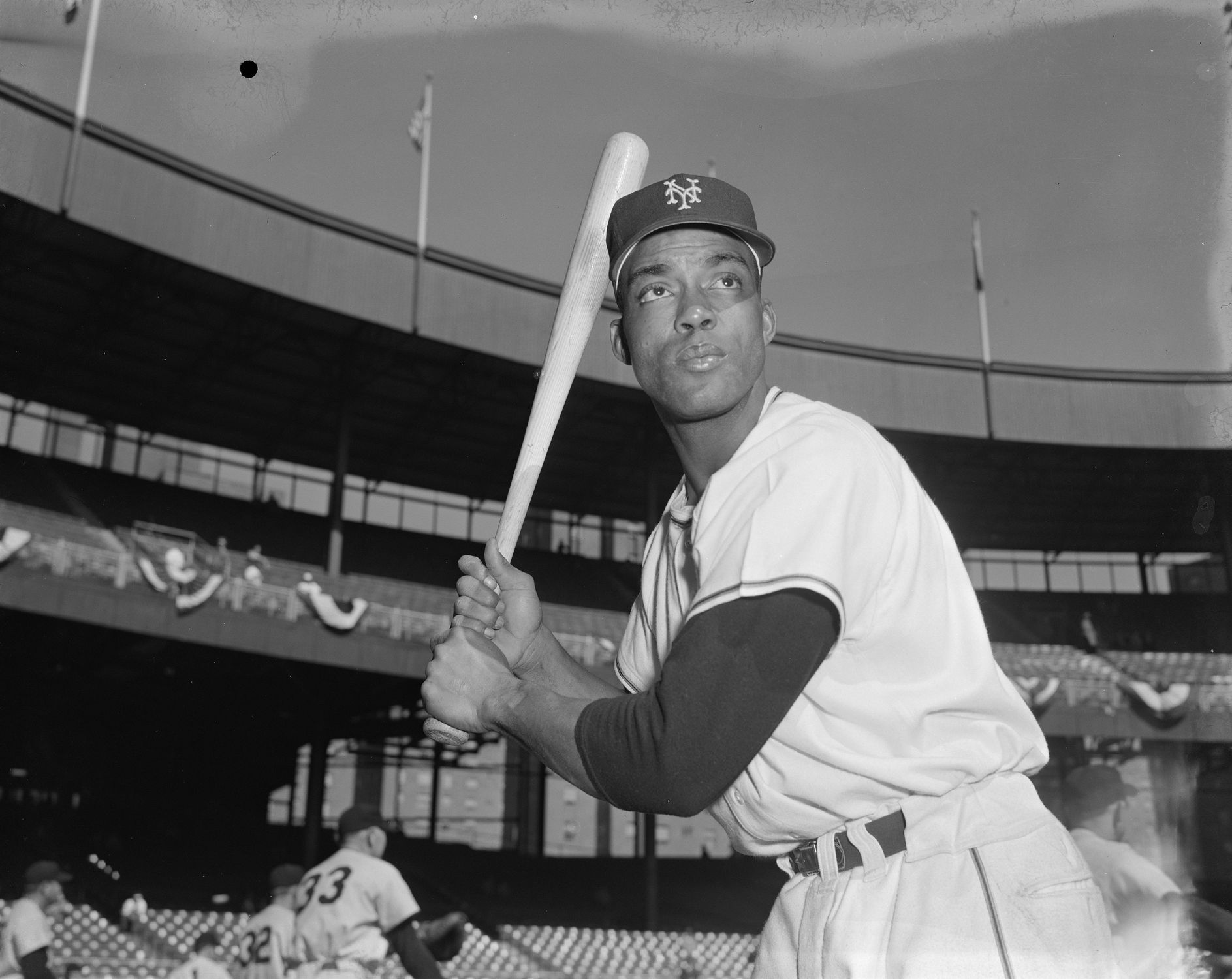 Monford Merrill Monte Irvin was a baseball player who played the left fielder and right fielder in the Negro Leagues and was one of the few who transitioned to Major League Baseball after the integration of the sport in 1947. Irvin played for the Newark Eagles, New York Giants, and Chicago Cubs. Irvin was born February 25, 1919 in Haleburg, Alabama, one of thirteen children, to Cupid Alexander Irvin and Mary Eliza Henderson Irvin. When he was young, his family moved to Orange, New Jersey where he attended Orange High School. He starred in four sports including the high school baseball team, the Orange Triangles.

After graduating from high school in 1937, Irvin was offered a scholarship to the University of Michigan but instead attended Lincoln University in Pennsylvania where he played on the football team while pursuing a Pre-Dentistry degree. He dropped out of college, however and in 1938 started playing for the Newark (NJ) Eagles. During the time with the Eagles, he had a .422 batting average in 1938 and a .396 in 1939. Before the 1942 Negro League season begin, Irvin asked for a raise and was turned down. He quit the team and joined the Vera Cruz Blues in Veracruz, Mexico who were part of the Mexican Baseball League. During his time in Veracruz he had a league-leading 20 home runs and a .397 batting average.

In 1943 Irvin was drafted into the U.S. Army where he joined the GS Engineers and the 1313th Battalion. He was deployed to England, then France, and finally Belgium where fought in the Battle of the Bulge. After World War II ended, Irvin return to baseball where he played for a farm club of the New York Giants from 1946 to 1948. In 1949, Irvin joined the New York Giants (now the San Francisco Giants) of Major League Baseball. He was a pinch hitter on the team that had fellow black players Hank Thompson and Willie Mays.

During his time playing for Giants, Irvin would be an MLB All-Star (1952) and a member of the team when the club defeated the Cleveland Indians in the 1954 World Series in four games. In 1955, Irvin was sent to the minor leagues, playing for the Minneapolis Millers in Minneapolis, Minnesota where he hit 14 home runs in 75 games.

Irvin returned to Major Leagues Baseball when he signed with the Chicago Cubs in 1956 but would retire from baseball after a back injury in the 1957. After retiring, Irvin became a representative for the Rheingold beer company. He served later as a scout for the New York Mets from 1967 to 1968. In 1968, he was named an MLB public relations specialist for the commissioner’s office under Bowie Kuhn. His position, which he held until 1984, made him the first black executive in Major League Baseball.

Monford Merrill Monte Irvin died of natural causes at the age of 96 of January 11, 2016. A life size bronze statue of Irvin was dedicated in Monte Irvin Park after his death. Irvin was married to Lee Irvin and the couple had two children, Pamela Irvin Fields and Patti Irvin Gordon.