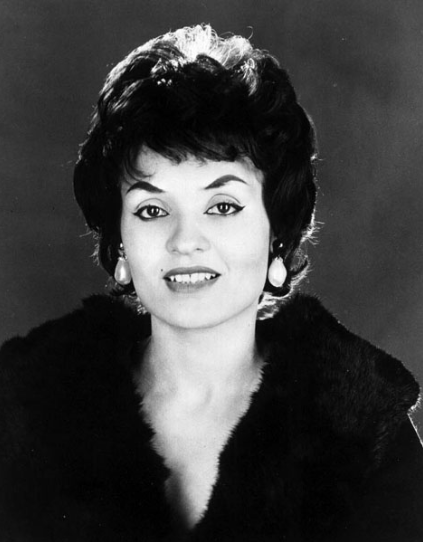 DeVore was born on August 12, 1922, in Edgefield, South Carolina, one of ten children of John Walter DeVore, who was of German American and African American descent, and Mary Emma Strother who was of African American and Native American descent. In 1935 DeVore she moved to New York City, New York to stay with her great-aunt, Stella Carter. She graduated from Hunter College High School in 1940 and then enrolled in New York University where she majored in mathematics and minored in languages.

In 1938, while still in high school, DeVore became interested in modeling, taking on small hair care modeling jobs because they were the only opportunities available for black models at the time. At age 16, DeVore enrolled at New York City’s Vogue School of Modeling, hiding her racial identity in order to enter the institution.

DeVore received few modeling jobs in the early 1940s.  Ebony magazine, started in November 1945, however, announced its need for black models.  DeVore worked exclusively as a model for the new magazine, but recognizing that African American models would be needed in 1946 she, with the help of four friends, founded the Grace Del Marco Modeling Agency in New York City.  Determined to both promote and serve the emerging market for non-white women in the U.S modeling, in 1948 she created the Ophelia DeVore School of Self-Development and Modeling.

The Grace Del Marco Agency was the entry point for a number of future models and actors including Diahann Carrol, Helen Williams, Richard Roundtree, and Cicely Tyson. Later the Agency was renamed Ophelia DeVore Associates, and then the Ophelia DeVore Organization.  In 1955, DeVore and her models made history as hosts of ABC’s weekly television show Spotlight in Harlem. This was the first television program in New York City produced by and for African Americans. DeVore made history again when one of her clients, Cecilia Cooper, was named Miss Cannes Film Festival in 1959.  Cooper was the first American of any racial background to win the title.  A second client, LaJeune Hundley, won the title in 1960.

DeVore also created a makeup line for a woman of color and developed and produced the first beauty pageant for black women in the U.S. She later became the owner and publisher of The Columbus Times, based in Columbus, Georgia, and a founder of The Black Press Archives at Howard University. During her long career, Devore served on boards and committees under four U.S. presidents, including the President’s Advisory Committee on the Arts for the Kennedy Center for the Performing Arts in Washington, D.C. In 2004, she was honored by the Fashion Institute of Technology and the Fashion Arts Xchange, Inc. for her contributions to fashion and entertainment.

DeVore was married twice.  In 1941, she wed New York City firefighter Harold Carter.  The couple had five children together before divorcing in 1966.  DeVore married Vernon Mitchell in 1968 and the couple remained wedded until his death in 1972.