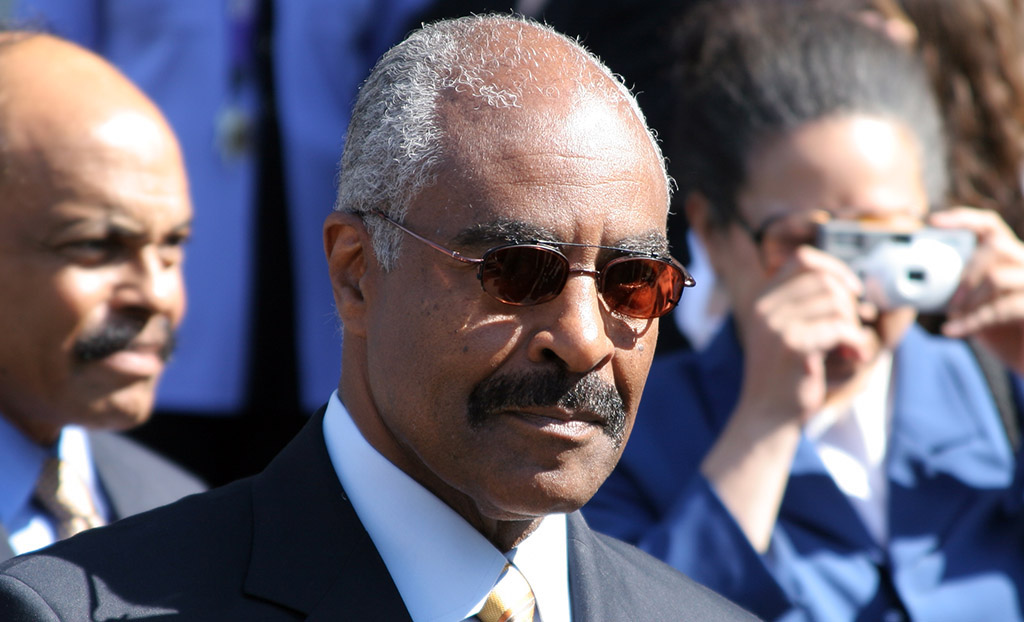 Mitchell was born in Seattle in 1940 and is the product of the city’s education system. He attended T.T. Minor Elementary School, Meany Junior High, and Garfield High School. He also earned a bachelor’s degree from the University of Washington (UW), a master’s degree from Seattle University, and a doctorate in education from Brigham Young University.

During his years at the University of Washington, Mitchell played football with the UW Huskies and was a member of the winning 1961 Rose Bowl team. He was inducted into the Husky Football Hall of Fame in 1992. After graduation from the UW, he played professional football for six years with the Denver Broncos and Buffalo Bills.

In 2003 Mitchell was named Chancellor of the Seattle Community Colleges and held the post until 2008.  While there he administered four campus and six specialized training centers with a total enrollment of more than 55,000 students.  After completing five years as leader of Washington State’s largest two-year college district, he was named to lead the Power & Promise multi-year fund-raising campaign for the community college system.

Mitchell has received numerous awards recognizing his educational and community achievements. They include an honorary Ph.D. from Seattle University (2008), the Charles E. Odegaard Award from the University of Washington (2006), and induction into the Pacific Northwest Chapter of the African-American Ethnic Sports Hall of Fame in 2005.  In 2002 he was “Father of the Year” from the American Diabetes Association.  In 2001 he won the Shirley B. Gordon Award of Distinction from the Phi Theta Kappa Honorary Society.  Mitchell is also a University of Washington “Husky Legend” and has been honored with a UW Minority Affairs Program Alumnus Award. His work to promote the advancement of minority students in higher education was recognized with the Equity Award from the Trustees Association of Washington Community Colleges.

Charles and his wife, Nancy, have two grown children, Julie and Rashad; a son-in-law, Darrin; and twin granddaughters, Michelle and Tracey.