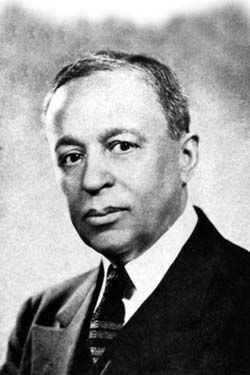 Minton was born on December 25, 1870 in Columbia, South Carolina to Sawyer Theophilus and Jennie McKee Minton. He attended the Academy at Howard University and Phillips Exeter Academy, a college preparatory institution in New Hampshire where he excelled as an athlete, debater and editor. Minton graduated from Phillips Exeter in 1891. Then after briefly attending the University of Pennsylvania Law School, Minton enrolled in the Philadelphia College of Pharmacy and graduated with a degree in pharmaceutical studies in 1895.

He operated the first black-owned drug store in Philadelphia until 1902 when he enrolled in Jefferson Medical College. He earned an M.D. degree in 1906, making him the first African American to graduate from that institution. In 1895 Minton joined the staff at Frederick Douglass Hospital, an all-black Philadelphia hospital founded by Dr. Nathan Francis Mossell earlier that year. Minton was the hospital’s first pharmacist.

In 1907 Minton helped found Mercy Hospital (merged into Mercy-Douglass Hospital in 1948) in Philadelphia with Dr. Eugene Hinson. Dr. Algernon B. Jackson became the first superintendent of the hospital and remained in that post until 1920 when he left to teach on the Howard University Medical School faculty. Minton was appointed his successor, and over the next 24 years as superintendent at Mercy Hospital he organized a Social Services Department, helped train over 200 interns, and in 1930 raised the standards for the Nursing School while leading the construction of a nursing building.

Dr. Henry Minton however may be best known as one of the founders of the Sigma Pi Phi Fraternity. In 1904, Minton met his friend and colleague Dr. Algernon B. Jackson as well as Dr. Edwin C. Howard and Dr. Richard J. Warrick, persuading them that the time had come to create a fraternity specifically for African American men of high achievement. On May 15, 1904, all these men met in Philadelphia at Minton’s home and became the founders of Sigma Pi Phi Fraternity, the first African American fraternity.  The fraternity grew quickly, and by 1908 Boulés were created in Chicago and Baltimore. Representatives of the three Boulés came together on August 31, 1908 in Philadelphia and established Sigma Pi Phi as a national fraternity. Minton was also a member of Alpha Phi Alpha Fraternity.

From 1915 until his death, Minton was also on the staff of the University of Pennsylvania’s Henry Phipps Institute where he was a nationally recognized expert in the treatment of tuberculosis. Dr. Henry McKee Minton retired from Mercy Hospital in 1944 and died two years later in Philadelphia.