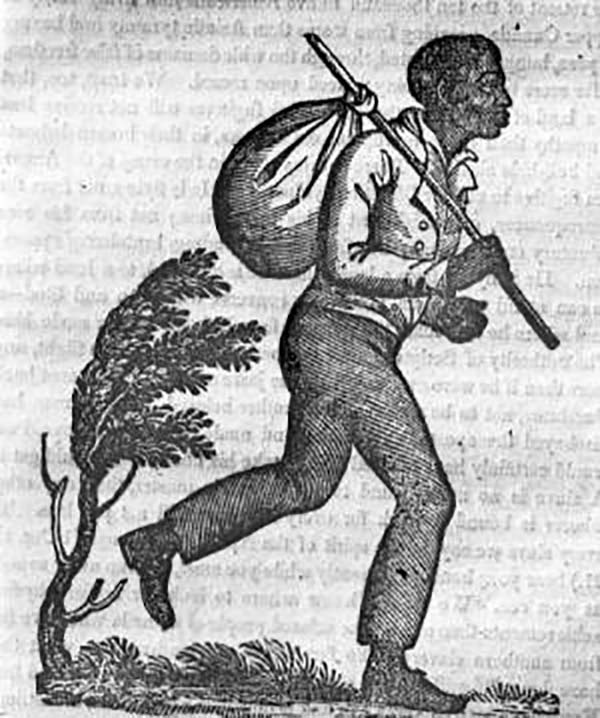 Born into slavery in Norfolk, Virginia (the actual year is uncertain), Shadrach Minkins spent the first thirty years of his life in his hometown, but in May of 1850 he decided to run for freedom and escaped to Boston, where he became a waiter.

At that time, about 2,500 blacks lived in Boston. Runaway slaves found refuge there with fellow runaways, and a population of active black and white abolitionists. Most slaves who reached Boston expected the strong anti-slavery community would protect them and that they would be able to hide or blend in without being recaptured. The other option for fugitives was to pass through Boston to another safe location using the Underground Railroad.

The Fugitive Slave Act, part of the Compromise of 1850, however, undermined Boston’s reputation as a save haven.  This law allowed slave owners, or their representatives, to reclaim runaway slaves, with proof of ownership, throughout the United States.  Slave-catching now carried the force of law which meant all law-enforcement agencies throughout the North were required to assist those seeking fugitives. Law enforcement officers were required to arrest and hold any suspected fugitives and assist their return to slaveholders.

On February 15, 1851, Minkins was captured by two Boston police officers while he worked at Taft’s Cornhill Coffee House. While he was being taken to the courthouse, word spread and hundreds of black and white abolitionists crowded into the courthouse. Renowned abolitionist lawyers Robert Morris, Richard Henry Dana, Jr., Ellis Gray Loring, and Samuel E. Sewall came to Minkins’ assistance, but under the Fugitive Slave Act, his seizure was legal.

As the crowd grew bigger, members of the anti-slavery Boston Vigilance Committee, led by black abolitionist Lewis Hayden, rushed through the courtroom, seizing Minkins from marshals holding him in custody.  Lewis then hid Minkins in Boston’s Beacon Hill neighborhood.

From there, Lewis guided Minkins to Cambridge where he followed the Underground Railroad to Montreal, Canada.  Minkins made a living first as a waiter and restaurant operator and later as a barber. He married about 1853 and had four children, settling in a community with fellow fugitive slaves from the United States.

The escape of Minkins prompted President Millard Fillmore to use federal troops to enforce the Fugitive Slave Act.  He also called on Boston authorities to prosecute those who had taken Minkins from the Boston courthouse.  Hayden and other participants were arrested but soon acquitted by sympathetic Boston juries.

The Minkins episode further exacerbated tensions between Southern slaveholders and Northern abolitionists and thus contributed to the coming Civil War.  After the war, many runaway slaves in Canada returned to the U.S. Minkins, however, remained and lived out his life there, dying in Montreal on December 13, 1875.