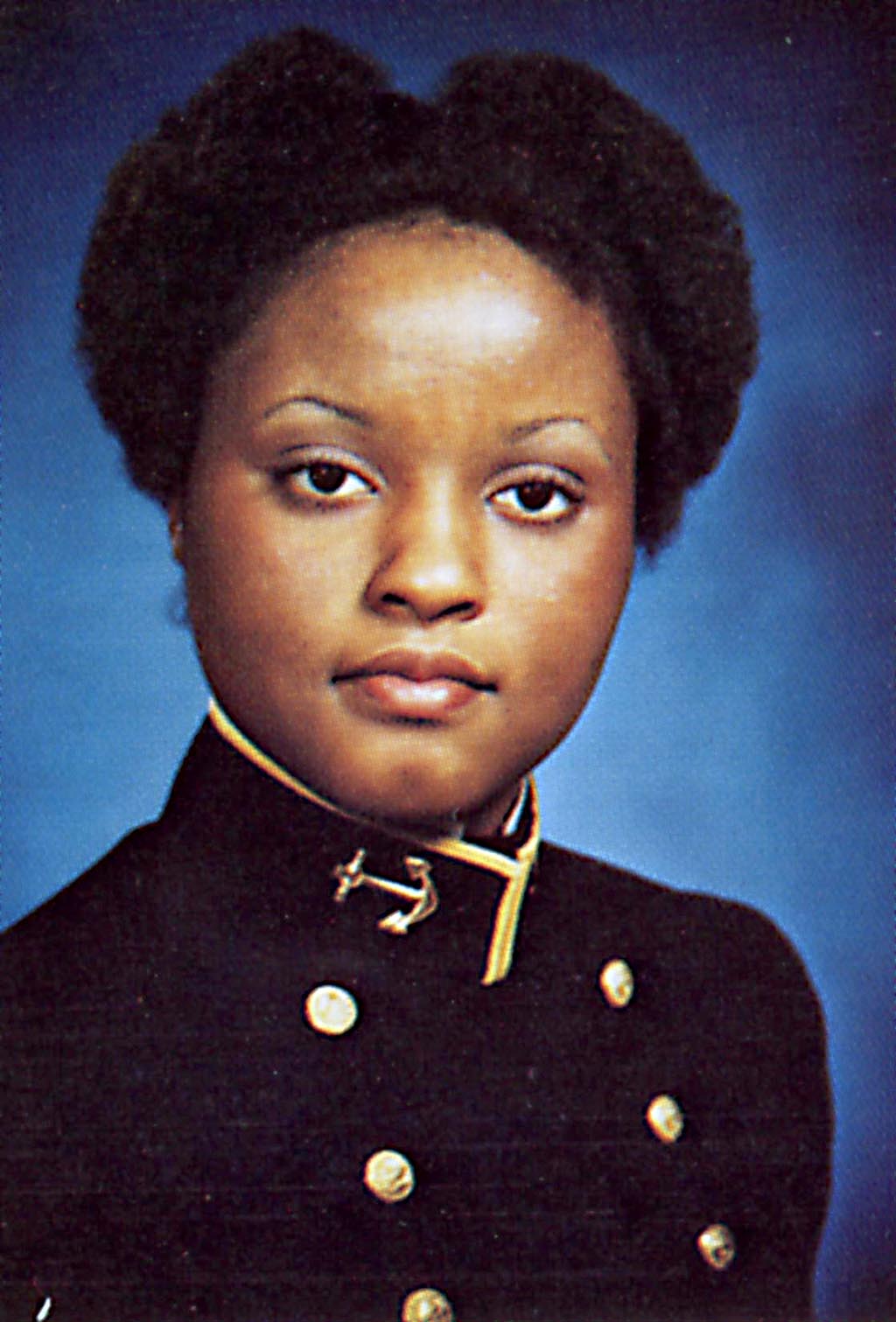 Janie L. Mines, the first African American woman to graduate from the United States Naval Academy, was born in Aiken, South Carolina, in 1958. Her father, Reverend William L. Mines, was a Minister at Rock Hill Missionary Baptist Church, Aiken, South Carolina. Her mother was Daisy Sheppard Mines. Mines was one of two daughters. Her younger sister was Gwen Mines. In 1975, Congress passed Legislation which required all United States Military Academies to allow the attendance of women by 1976. This Legislation was highly influenced by the Women’s Movement of the 1960s and 1970s. While in high school, Mines was part of her school’s Navy Junior ROTC program and was a National Honor Society Student. In 1976, she graduated Class Salutatorian of Aiken High School.

South Carolina Congressman Butler Derrick appointed Mines to be part of the first class of women to attend the Naval Academy in 1976. Mines was the only African American of 81 women in the program. At Annapolis, Mines excelled in many positions. She was a star on the fencing team, a squad leader, midshipman drill instructor, and a regimental adjutant.  She was also a Certified Six Sigma Black Belt. In 1980, at age 22, Mines graduated from Annapolis with a B.S. in Engineering. Her sister, Gwen, graduated a year later from the Naval Academy.

In the Navy, Mines served as a Supply Corps Officer and saw duty on the USS Emory S. Land.  She also was assigned to the Navy Annex to the Pentagon.  She also served on the staff of the Secretary of the Navy as the Senior Advisor for Business Processes.

After leaving the Navy Mines was awarded a prestigious Sloan fellowship and earned her Master of Business Administration degree from the Alfred P. Sloan School of Business Management at the Massachusetts Institute of Technology.

At the age of 44, Mines founded a non-profit organization, Boyz to Men Club, Inc, in which she focused on helping socioeconomically disadvantaged, adolescent boys in Fort Mill. For her community service, Mines was a 2002 Olympic Torchbearer and she won the Pioneer Award, the Nine Who Care Award for the Charlotte Metropolitan Area, and she was the Fort Mill Civic Volunteer of the Year.  Mines has one son named William.