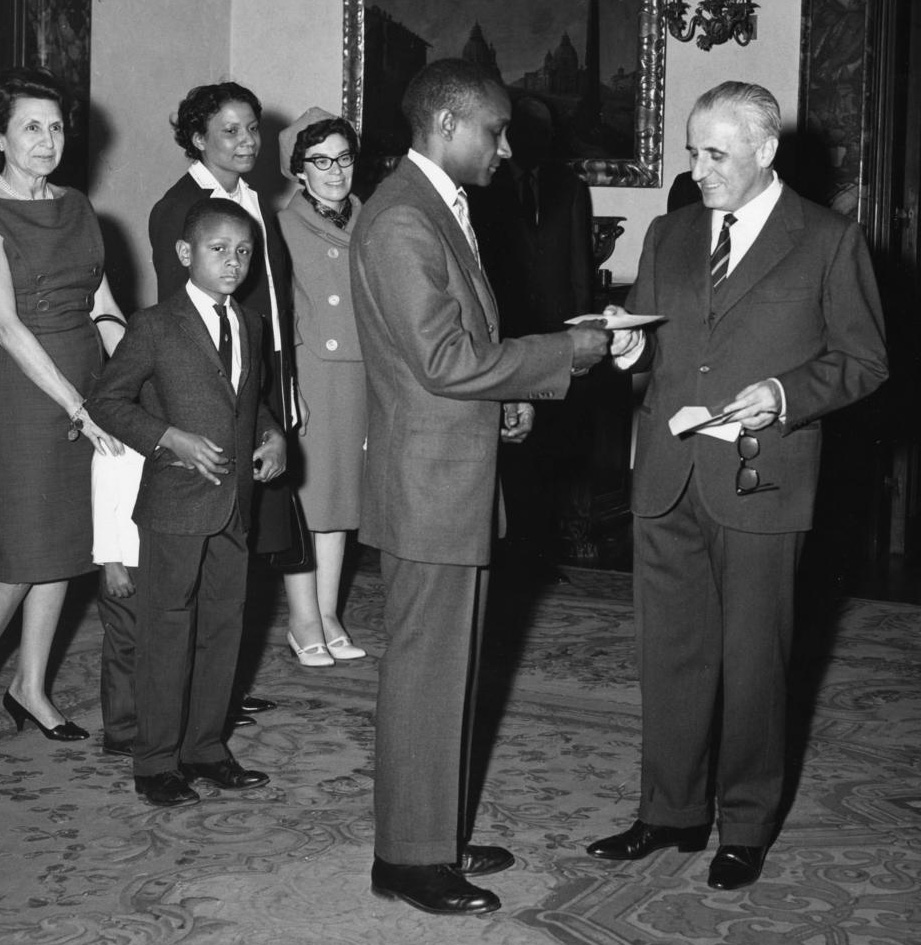 Dolphus Milligan was an internationally acclaimed American chemist, best known for his spectroscopic studies of free radicals and other reactive molecules.

Dolphus Edward Milligan was born on June 17, 1928 in Brighton, Alabama. Little is known about his childhood, but his secondary education always centered around chemistry. For his undergraduate studies, Milligan attended Morehouse College in Atlanta, Georgia from which he graduated in 1949 with a bachelor’s degree in chemistry. Two years later in 1951 he graduated with a master’s degree in organic chemistry and mathematics from Atlanta University. After he completed his master’s degree, Milligan taught at Fort Valley State College in Fort Valley, Georgia until 1954 when he moved to California to obtain his Ph.D. in physical chemistry from the University of California, Berkeley.

At UC-Berkeley, Milligan’s Ph.D. work surrounded studying free radicals using the matrix isolation technique. While at Berkeley he studied and worked alongside other chemists like Robert F. Curl Jr., who went on to receive the Nobel Prize in chemistry in 1996 and who early on recognized Milligan’s contribution to his own earlier volatile experiments. Milligan completed his Ph.D. in 1958 and continued his research at the Carnegie Institute in Pittsburgh, Pennsylvania, known today as Carnegie Mellon University.

In 1963, Milligan began working at the National Bureau of Standards, which today is the National Institute of Standards and Technology (NIST), joining their Physical Chemistry Division. He would become the chief of the photochemistry section of the Bureau in 1971. In addition to his research, Milligan served as an adjunct research professor of chemistry at Howard University beginning in 1970. He was a member of the American Chemical Society and American Physical Society and he assisted other African Americans succeed in the sciences by helping to establish and serving as a member of the Executive Committee of the National Organization for the Professional Advancement of Black Chemists and Chemical Engineers (NOPABCCE).

In March 1965 Milligan was awarded the first Professor Arturo Miolati Prize for outstanding scientific achievement from the University of Padua in Italy. Three years later in 1968, he received the Washington Academy of Sciences Award in Physical Science for his research, and the Gold Medal for Distinguished Service in 1970 from the US Department of Commerce. Just days before his death in 1973 he learned his work on the spectra of molecular ions had won the Samuel W. Stratton Award, the highest scientific honor given by the NIST.

Milligan died suddenly in his office at NIST on October 18, 1973 at the age of 45. He is survived by his wife Thedola and his two sons, Stephen and Charles. Morehouse College established the Dolphus Milligan Scholarship the following year in his memory. In 2003, the University of Maryland, College Park followed this example by creating the Dolphus E. Milligan Graduate Fellowship for the study of chemistry and biochemistry.