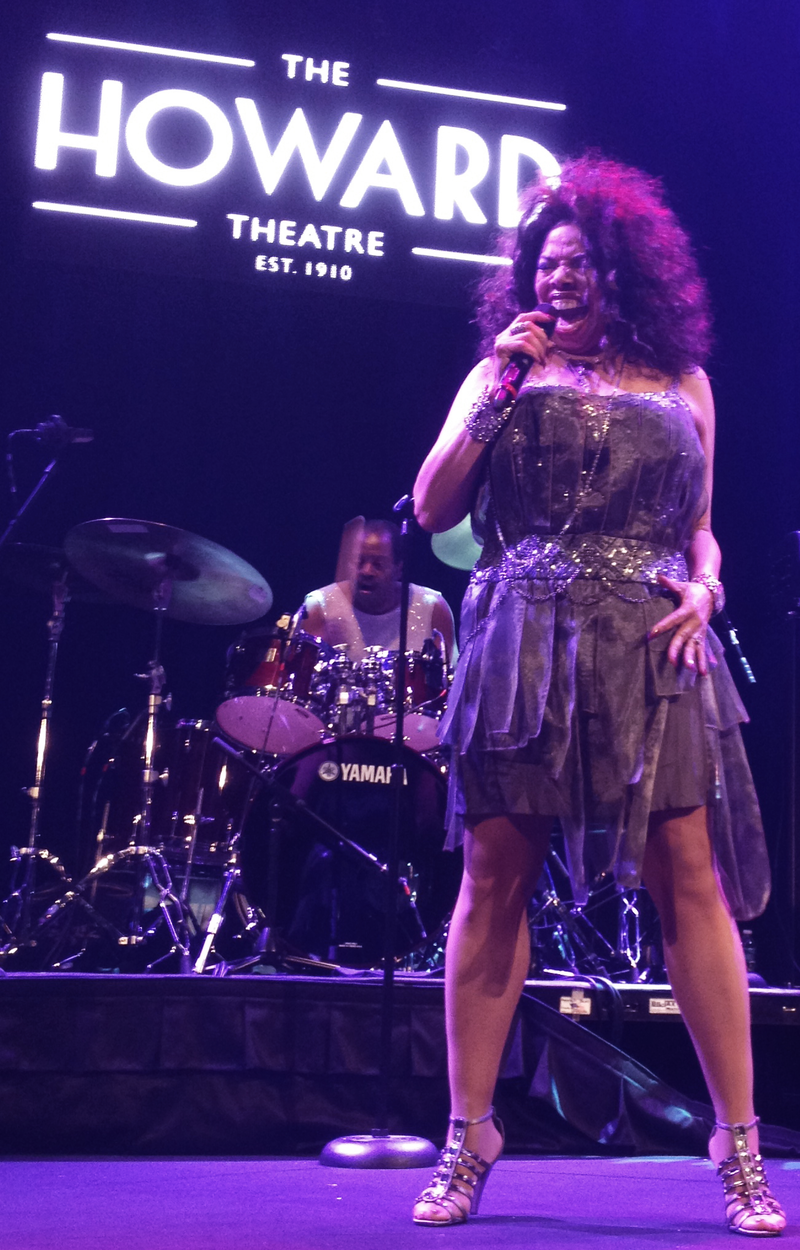 Mildred “Millie” Virginia Jackson, R&B singer, playwright, model, lyricist who is often called the “Mother of Hip Hop,” was born on July 15, 1944, in Thomson, Georgia. Her parents’ names are not publicly known. Her mother died in a fire when she was two years old. Jackson and her brother, David White, were sent by their father to live with her mother’s family in 1953 in Thomson. In 1958 when she was 14, her father took her to Hoboken, New Jersey, to stay with him because he was worried his young daughter would be influenced by the streets.

Jackson’s introduction to the world of singing and performing came by accident in 1964 when the 20-year-old was in the Palm Café, a popular nightclub in Harlem, New York. She challenged a female performing singing a blues song.  Jackson said, “Is that the best that you can do?” She was invited on stage and began singing Ben E. King’s “Don’t Play It No More.” Jackson was hired immediately by the Palm Café owner and within several weeks she began performing professionally in Harlem and Brooklyn. She also began a modeling career with modeling with Sepia and Jive magazines.

In 1966, Jackson became a single mother to daughter, Keisha. In 1971, Jackson’s first single “A Child of God” was released with clever, raunchy lyrics. It peaked at # 22 on the R&B charts. Soon after the song peaked, she married bassist Victor Davis but within eight months they were divorced. The following year, 1972, both “Ask Me What You Want” and “My Man, A Sweet Man” became R&B Top Ten singles. The latter song peaked at #7 and remained on the charts for 10 weeks.

In 1974, Jackson released, Caught Up, a musical essay about cheating from the perspective of both the mistress and the wife. The album peaked at #4 and stayed on the Billboard R&B Album Chart for 21 weeks. The most popular single from the album, a remake of Luther Ingram’s “If Loving You Is Wrong, I Don’t Want to Be Right,” reached #42 on the charts in 1975 and stayed there for seven weeks. The song was nominated for the “Best R&B Vocal Performance, Female” that same year at the 17th Annual Grammy Awards. In 1977, Jackson gave birth to her son Jerroll Levert. She also released the hit, “It Hurts So Good,” which peaked at #3 on the R&B and # 24 on the Billboard Hot 100 pop charts.

Jackson’s controversial style and lyrics proved enduringly popular to the loyal audience she had built over the years and on occasion had unusual crossover appeal. Her 1986 single, “If You’re Not Back in Love by Monday,” charted at #2 on the Billboard country charts and peaked at #5 on the R&B charts. She followed in 1986 with the single “Hot! Wild! Unrestricted!

Jackson wrote Young Man, Older Woman in 1991, an extended play record that was a cross between a musical and an opera. It described the often-denied deep romantic emotions between young men and older women. Her play with the same title later toured for four years, including a run at the Howard Theatre in Washington D.C., in 2012.

Over her career Jackson released 28 albums that collectively sold 40 million copies, making her one of the most successful, if underrecognized female artists of the 20th Century. That feat is particularly amazing when considering that most radio stations refused to play her music.