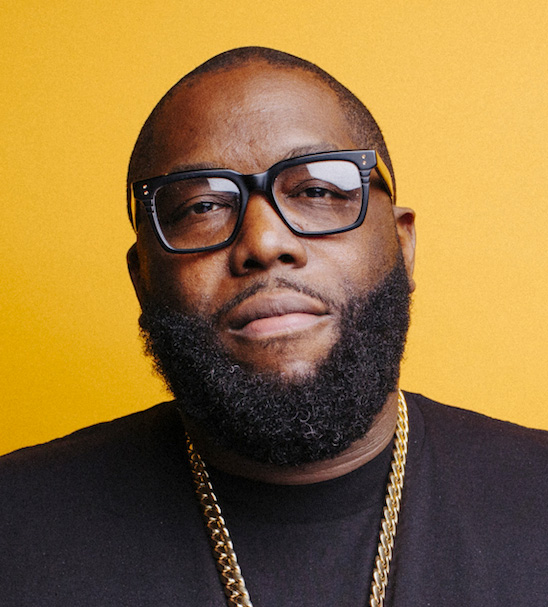 Michael Santiago “Killer Mike” Render is a rapper, actor, and activist who was born on April 20, 1975 in Atlanta, Georgia. His unnamed father was a policeman, and his mother, Denise Render were a florist. Render was raised by his grandparents; he lived in the Collier Heights section neighborhood of Atlanta. Growing up, Killer Mike started getting interested in Hip Hop as he was influenced by artists Schooly D, NWA, and Public Enemy. He started to perform in rap battles where he adopted the stage name Killer Mike.

Render graduated from Douglas High School in Atlanta in 1993 and enrolled in Morehouse College before dropping out after one year. While at Morehouse he met Outkast member Antwan Andre “Big Boi” Patton. Killer Mike made his music debut where he made a guest appearance on the Outkast song “Snappin’ and Trappin’” from their 2000 album Stankonia. He was also on other Outkast tracks, including the 2001 single “The Whole World” that won Outkast a Grammy Award in 2002 for Best Rap Performance by a duo or group. In 2003, Killer Mike released his debut solo album, Monster, that featured two singles “Akshon (Yeah!)” and “A.D.I.D.A.S.” In 2006, he released his second album I Pledge Allegiance to the Grand under his own label, Grand Time Official.

Although Killer Mike began his first business in 2001 when he and girlfriend Shana opened a barbershop in Atlanta called Graffitis SWAG (Shave, Wash, and Groom), in October 2020, he partnered with Bounce TV founder Ryan Glover and former Atlanta Mayor and civil rights activist Andrew Young to create Greenwood Bank, a Black-owned online bank that caters to economically underserved Black and Latino communities across the United States. Greenwood Bank will open in 2021.