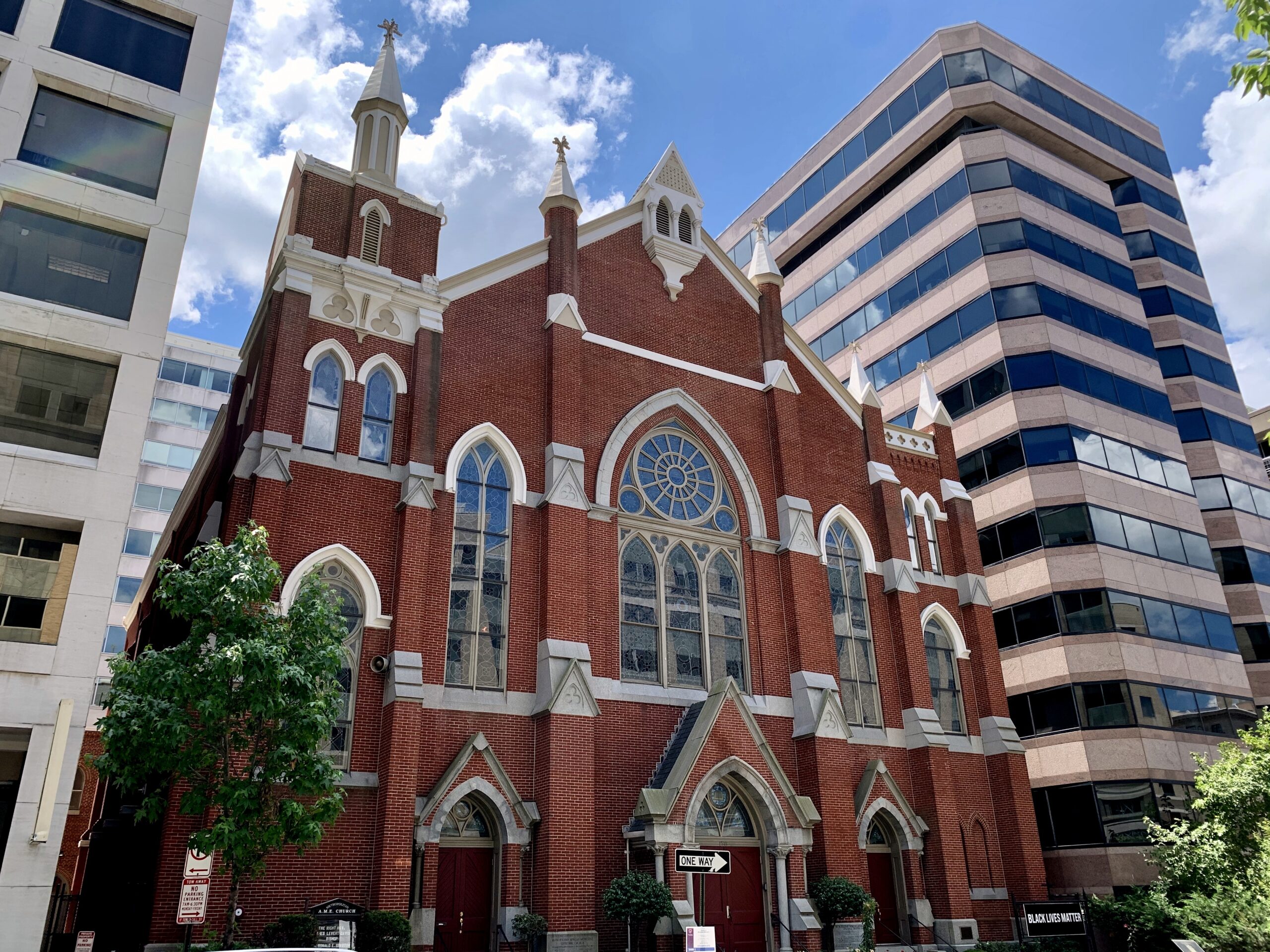 Metropolitan African Methodist Episcopal (AME) is the oldest continuously operating black church in the District of Columbia.  Metropolitan AME is also designated by the AME Church (the black denomination founded in 1787 by Richard Allen) as the National Cathedral of African Methodism.

Metropolitan AME began in 1872 as the result of a merger of two smaller churches, Israel Bethel AME, founded in 1821, and Union Bethel AME created in 1838.  Both churches were formed because of disaffection from two mostly white Methodist congregations in Washington, D.C.: Fourth Street and Ebenezer Church. Each church required African Americans to sit in the gallery. In protest to this treatment, black members of these churches established Israel Bethel and Union Bethel.

The new churches actively championed the cause of anti-slavery in the Nineteenth Century.  They sheltered runaway slaves as stations on the Underground Railroad, and led the way in protest as well as racial uplift work.  The Bethel Literary Society, for example, led by the Reverend Daniel A. Payne, one of the most prominent AME ministers in the nation, worked tirelessly to increase literacy and introduce literary luminaries to Washington’s black community.

In 1872 the leaders of Israel Bethel and Union Bethel decided to merge their congregations and become Metropolitan AME.  The new church was officially sanctioned by the Baltimore Conference of the AME Church and given the name: Metropolitan.  National AME leaders mandated that the new church should be located “in close proximity” to the United States Capitol and the White House. Because of its location, annual AME Conferences throughout the country were asked to donate funds for its completion.  Construction of the present church edifice was begun in 1881 and was completed in 1886.

Metropolitan continued its tradition of leadership into the post-Civil War period.  Many noted individuals have addressed its congregation.  The first African American U.S. Senator to serve a full term, former Mississippi Senator Blanche Kelso Bruce, was a member of the church.  On January 9, 1894, he introduced fellow congregant Frederick Douglass at Metropolitan who delivered his final speech before his death entitled “The Lessons of the Hour,” in which he admonished the United States to end racial prejudice and thus reap the benefit of a nation that would “flourish forever.”

Today, the 1,800 member Metropolitan AME congregation is led by Pastor William H. Lamar, Jr.  It continues to speak to the spiritual needs of its members as it strives for social justice and to “change the political reality” in the larger community.  Church ministries range from legal assistance to community and youth services and family counseling.