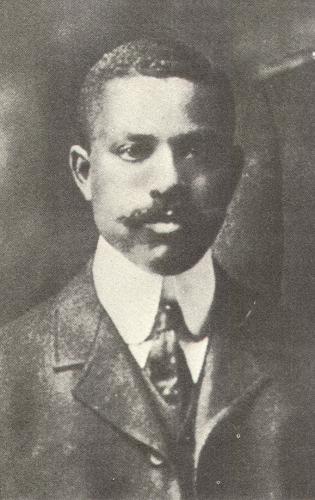 John Henry Merrick—insurance agent, entrepreneur, business owner—was born in Clinton, North Carolina on September 7, 1859. Merrick was born a slave; he lived with his mother Martha Merrick and a younger brother. With the 1863 Emancipation Proclamation his family was freed. When Merrick was twelve he and his family relocated to Chapel Hill, North Carolina. He got a job as a helper in a brickyard which provided support for his family. At the age of eighteen Merrick moved to Raleigh, North Carolina where he began work as a hod carrier.  Merrick eventually became a brick mason and worked on the construction of Shaw University in Raleigh.

Merrick also worked as a shoe shine boy in a barbershop. When he was not shining shoes he watched and learned the trade of barbering. In 1880, his friend John Wright asked Merrick to join him in relocating in Durham, North Carolina to start a new barbershop business. After six months Merrick bought shares in the barbershop and became its co-owner. In 1892 Wright sold his shares to Merrick making him sole proprietor. Eventually Merrick owned eight barbershops in Durham.  Responding to the prevailing racial segregation patterns, Merrick owned shops that catered exclusively to black and white customers.

In 1881, one year after Merrick arrived in Durham to work as a barber, he began buying property in an all-black section of the city known as the Hayti.  He bought and built rental properties and by the end of the decade Merrick was one of the largest property owners in the Hayti.  Merrick then joined two other Durham businessmen, Dr. Aaron M. Moore and Charles Clinton Spaulding to create the Merrick-Moore-Spaulding Land Company.

Merrick is most remembered, however, as one of the founders of the North Carolina Mutual Provident Life Insurance Company which eventually became the largest black-owned insurance company in the United States.  Realizing the limitations of lodge-sponsored insurance, Merrick joined Aaron McDuffie, P.W. Dawkings, D.T Watson, W.G. Pearson, E.A. Johnson, and James E. Shepard in 1898 to found North Carolina Mutual Provident Life.  Each founder contributed $50 to purchase shares.  Merrick was selected as the first company president.  Six months after its founding, however, Merrick bought out the other partners and brought in Dr. Aaron M. Moore.  They shortened the company name to North Carolina Mutual Insurance Company.  By 1918, North Carolina Mutual had over $1 million in insurance in force and was at that point the largest black-owned insurance firm in the nation.  Later they founded the Bull City Drug Company, the Durham Negro Observer, the local black newspaper, and the short-lived Durham Textile Mill. Merrick also helped establish Mechanics and Farmers Bank and the Lincoln Hospital in Durham.  Through their efforts Durham, North Carolina became the 20th Century city with the greatest concentration of black-owned business firms in the United States.