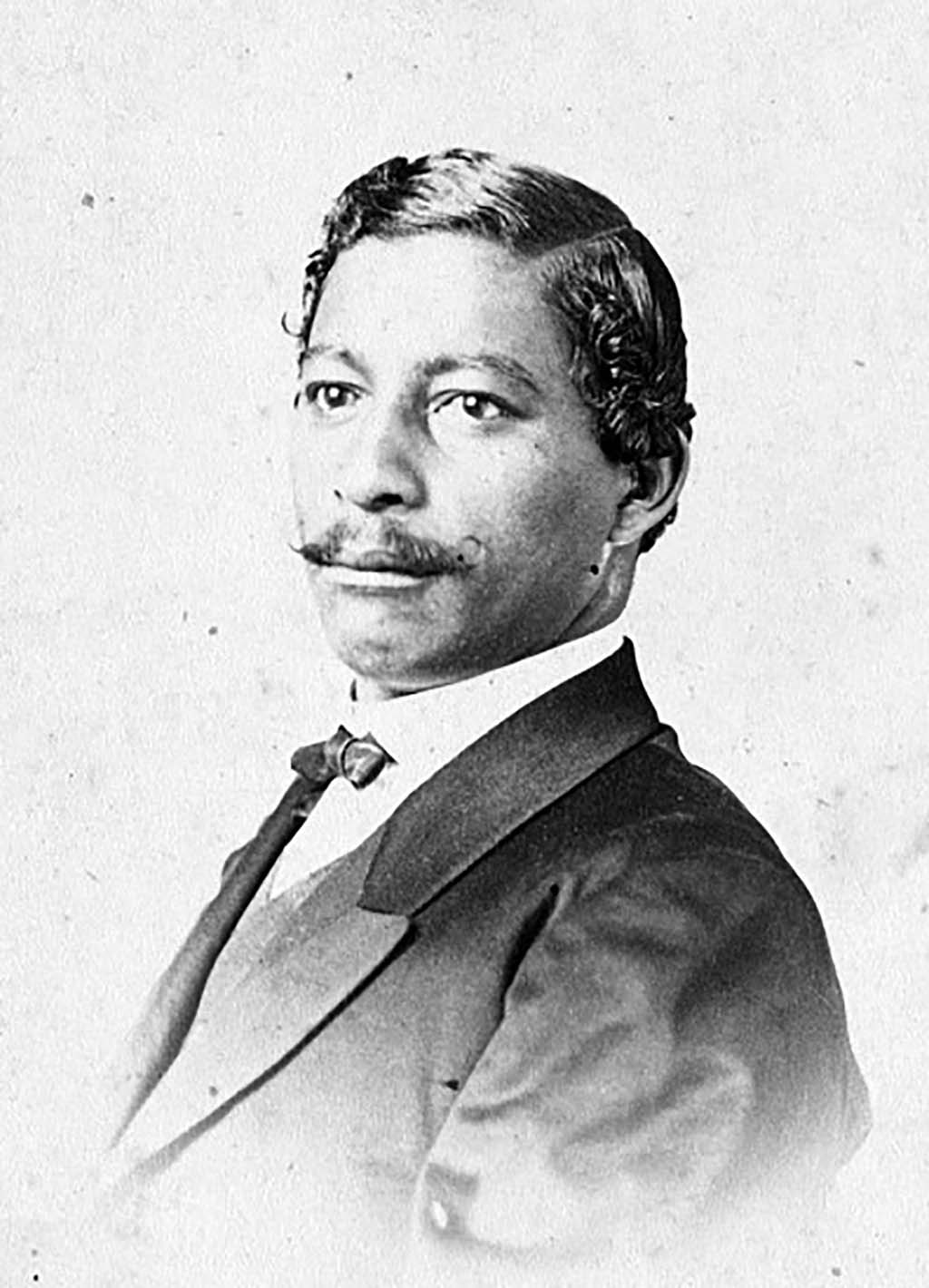 John Willis Menard, abolitionist, author, journalist and politician, was born in 1838 in Kaskaskia, Illinois, to French Creole parents. He was the first African American elected to Congress, but was not seated after a dispute over the election results. Menard attended Iberia College, an abolitionist school in Iberia, Ohio.

Twenty-two year old Menard expressed his abolitionist views in his widely read 1860 publication, An Address to the Free Colored People of Illinois. During the Civil War, he became the first African American to serve as a clerk in the U.S. Department of the Interior in Washington, D.C.  While there, President Abraham Lincoln dispatched him to research British Honduras (now Belize) as a possible colony for the African American population.

At the beginning of Reconstruction, Menard moved to New Orleans, Louisiana, where he served as inspector of customs in the city and later as a commissioner of streets.  He also published The Radical Standard, a civil rights advocacy newspaper.  In 1868, during a special election in Louisiana to fill an unexpired term of a deceased congressman, Menard became the first African American elected to Congress.  When his opponent contested the outcome, Menard appealed his case on the floor of the House of Representatives, the first African American to address the chamber while in session. The Committee of Elections ruled in favor of the opponent, although Menard was financially compensated, receiving the same salary that he would have earned as a legislator.

In 1871, Menard relocated to Jacksonville, Florida.  He was appointed to fill a vacated seat in the Florida House of Representatives in 1873 but lost the subsequent election.  In 1879, he published Lays in Summer Lands (1879), a popular collection of civil rights poems.  And he founded the Key West News and the Florida News (later named Southern Leader) with his son-in-law Thomas V. Gibbs.  Together they advocated a non-violent approach to African American rights and challenged the emerging pattern of racial segregation in Florida and the South.

In 1889, Menard relocated with his wife and three children to Washington, D.C., where he served as a clerk in the census office and founded the National American magazine.  Still politically active, he asked President Harrison to allocate some land for blacks in the West so that they could move out of the South.  He died in 1893 at the age of 54.