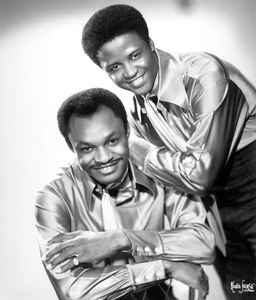 Born in Holly Springs, Mississippi, R&B Soul/Funk balladeers Melvin McArthur Hardin (born November 30, 1948) and Hubert Timothy McPherson (born December 9, 1949), were first cousins and sons of two sisters. They started writing music when they were teenagers in Holly Springs and sang with the ensemble, The Welcome Travelers. They migrated to St. Louis, Missouri, in 1968 then on to Chicago, Illinois, for a music career where they were “discovered” by legendary R&B performer, Gene Chandler.

“I’ve Got Puredee,” written and performed in 1969 by Mel & Tim, was their first single and was released on the Bamboo label. Their first hit, however, was their next release, “Backfield in Motion,” which peaked at no. 3 on Billboard Hot 100 R&B chart and no. 10 on its pop chart, selling more than two million copies. The other side of this recording was “Do Right Baby,” made it to the Billboard R&B Top 10. Their third release, “Forget It, I’ve Got It” was not successful.

In 1970 the duo switched to Stax Records and later that year released “Good Guys Only Win In The Movies” which peaked at no. 17 and remained charted for 3 weeks. Their 1972 single, “Starting All Over Again” recorded at the famous Muscle Shoals (Alabama) Recording Studio, peaked at no. 5 on the R&B chart and reached no. 19 on the Billboard pop chart. It remained on the chart for 20 weeks and sold more than a million copies. Their album of the same name also reached no. 5 on the R&B album chart and sold over one million records.

In 1974, the duo also released two singles “That’s The Way I Want To Live My Life” which reached no. 79 on the R&B chart and “Forever And A Day” which peaked at no. 88. Later that year they released their second and last album, Mel & Tim, and then faded into obscurity. Hubert Timothy McPherson died on July 4, 1986 at the age of 37.