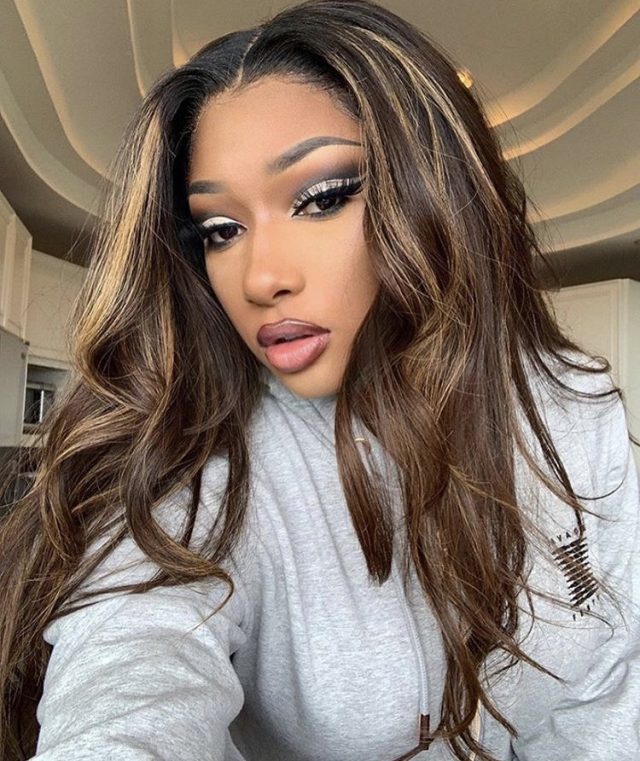 Megan Jovon Ruth Pete is a female rap artist, singer and songwriter best known by her stage name “Megan Thee Stallion.”  Pete was born in San Antonio, Texas on February 15, 1995, to her mother, Holly Aleece Thomas, a rapper who went by the name “Holly-Wood.” Her father, Joe Pete, went to prison shortly after she was born, was released when she was eight years old, and was killed when she was fifteen.

Pete began rapping around the age of 16, but her mother insisted that she wait until the age of 21 one to begin a career in the business. Her mother moved to Houston immediately after her birth, and she attended Pearland High School in the Houston suburb of Pearland, Texas, graduating in 2013.  Pete began attending Prairie View A&M University, but then transferred to Texas Southern University. She is scheduled to graduate in the fall of 2021 with a BA in healthcare administration.

Tall and voluptuous women are colloquially called “stallion” in the South, where Pete (who is 5’10”) was born and raised, so she adopted the moniker into her stage name.  Pete first gained recognition by releasing freestyle rap videos on social media platforms such as Instagram as early as 2014. She released her first single “Like A Stallion” in 2016, followed by her mix-tape Megan Mix on SoundCloud-exclusive. She made her professional solo debut on extended play (EP) Make It Hot in 2017.

Pete released her debut studio album Good News in 2020. The single “Savage” was remixed with mega superstar Beyonce. Her single “WAP” with Cardi B, was also included on the album. Both songs reached number one on the US Billboard Hot 100 chart and topped the charts in various countries.

Megan Thee Stallion is known for her sharp delivery of rhymes, sensuality, confidence, and explicit lyrics. She became a Global Brand Ambassador for Revlon cosmetics in August 2020 and received a record eight nominations at the 2020 BET Hip Hop Awards, and six nominations at the 2020 People’s Choice Awards. In her short career, Pete, has been nominated for 84 awards, winning 27 awards.

In her philanthropy efforts, Pete is committed to helping her hometown of Houston, and intends on opening a healthcare facility after graduation. She contributed $15,400 worth of Thanksgiving turkeys, helping over 1,050 households in 2019. Pete calls her followers “Hotties,” and in March of 2021, she partnered with Cash App and announced her plan to give away one million dollars in stock to her fans.  Sadly, both her mother and grandmother passed away in March 2019. Pete currently resides in Houston, Texas with her four dogs.