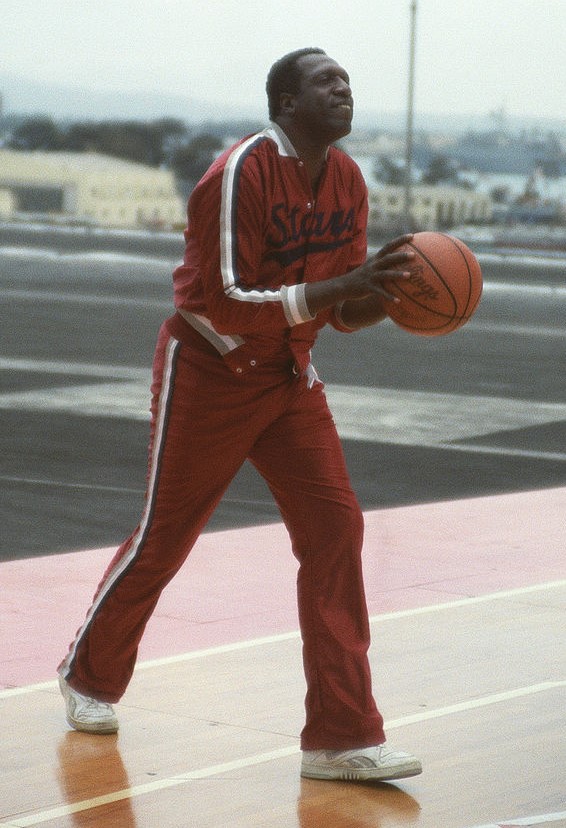 Meadow “Meadowlark” Lemon III was most famous as the longtime star player of the Harlem Globetrotters. Lemon was born in Wilmington, North Carolina on April 25, 1932. He adopted the name “Meadowlark” while he was with the Harlem Globetrotters. Lemon attended Williston Industrial School in Wilmington, North Carolina where he played basketball and football. Upon graduation in 1952 he enrolled in Florida A&M University but was drafted into the United States Army after two weeks in school, serving two years in Austria and West Germany.

In 1978, Lemon left the Harlem Globetrotters and eventually stated his own team, the Bucketeers. The team was rebranded The Shooting Stars in 1984. In 1988 he founded another team, Meadowlark Lemon’s Harlem All Stars. Lemon returned to the Globetrotters, playing with them up to 1994.

Lemon, a born-again Christian, was ordained as a minister in 1986 and received a Doctor of Divinity degree from Vision International University in Ramona, California. Twelve years later in 1998, Lemon founded the eponymous Meadowlark Lemon Ministries and retired from basketball. In his ministry, Lemon traveled around the country preaching to young people at basketball camps and juvenile facilities.

Lemon’s accomplishments won him a great deal of recognition. He was one of only five members of the Harlem Globetrotters to have his jersey retired. In 2000 the Basketball Hall of Fame presented Lemon the John Bunn Award for lifetime achievement. In 2003, he was inducted into the Naismith Memorial Hall of Fame for his contributions.

Meadow “Meadowlark” Lemon III died on December 27, 2015 in Scottsdale, Arizona. He left behind a widow, Cynthia Lemon, and ten children.