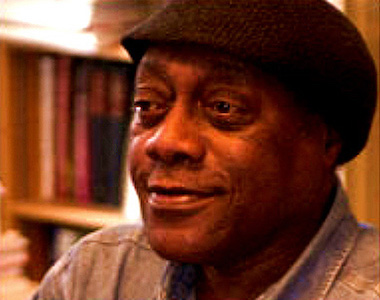 James Alan McPherson was an American essayist and short story writer. He was the first African American to win the Pulitzer Prize for Fiction and one of the first to receive a MacArthur Fellowship.

McPherson was born on September 16, 1943, in Savannah, Georgia. His father was an electrician and his mother was a maid. McPherson attended Morris Brown College and then Morgan State University for two years. He returned to Morris Brown College and graduated with a Bachelor of Arts in History and English in 1965. McPherson then attended Harvard University Law School located in Cambridge, Massachusetts, working as a janitor to pay for his school expenses. He graduated with a law degree in 1968. Instead of choosing a legal career, McPherson enrolled in the Writers’ Workshop program at the University of Iowa where he completed his Master of Fine Arts in 1971.

James McPherson’s first short story, “Gold Coast,” was published in The Atlantic while he was still in law school. The story, partly autobiographical, describes a complicated friendship between a young black janitor, aspiring writer, and his supervisor. In 1969 his short story “Hue and Cry” earned him a position as a contributing editor for the Atlantic.

McPherson’s next collection of short stories published as the anthology, Elbow Room (1977), earned him the Pulitzer Prize for fiction in 1978, making him the first black writer to win the award. Influenced by older writers like Albert Murray and Ralph Ellison, who became his mentors and friends, McPherson also produced non-fiction works, including Railroad: Trains and Train People in American Culture (1976), co-edited with Miller Williams, and Crab-cakes, a 1998 memoir about his life and cultural identity. In 2000 he published A Region Not Home: Reflections from Exile.

McPherson also taught literature and writing at the University of California at Santa Cruz, (1969–1971), Morgan State University (1975–1976), and the University of Virginia (1976–1991). In 1981 McPherson joined the Iowa Writers’ Workshop and remained associated with it for the remainder of his life. He was acting director of the Workshop (2005–2007) following the death of Frank Conroy. McPherson was also a visiting scholar at Yale Law School (1978–1979) and Stanford University’s Center for Advanced Study in the Behavioral Sciences (1997–1998).  He has lectured in Japan at Meiji University and Chiba University.

McPherson received a Guggenheim Fellowship in 1972, and in 1995 he was inducted into the American Academy of Arts and Sciences. In 2011 McPherson was honored as the inaugural recipient of the Paul Engle Award from the Iowa City UNESCO City of Literature.

On July 27, 2016, James Alan McPherson died in a hospice in Iowa City, Iowa, due to complications of pneumonia. He was seventy years old. McPherson had a daughter named Rachel from his first marriage with Sarah Charlton which ended in divorce. He also had a son named Benjamin from another relationship.