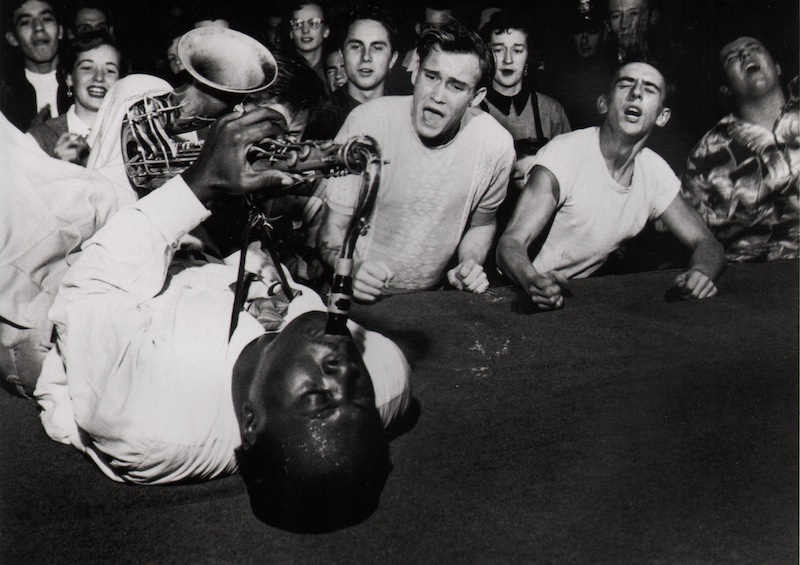 Cecil McNeely, nicknamed “Big Jay,” was born in the Watts section of Los Angeles, California on April 29, 1927. He is a legendary saxophone player largely known for his emotive and flamboyant style that he adopted from fellow musicians Illinois Jacquet and Lester Young. While in high school he formed his own band with Sony Criss, an alto saxophone player, and Hampton Hawes, a piano player. Eventually McNeely partnered with his older brother Robert, who was a baritone saxophone player. McNeely made his first recording with Johnny Otis who owned the Barrelhouse Club located in McNeely’s neighborhood.

Not long after demonstrating his talent by performing Otis’s “Barrel House Stomp,” McNeely was signed to a recording contract by Ralph Bass, a talent scout for Savoy Records. From the outset, Bass took an avid interest in the young McNeely’s career and introduced him to fellow agents in the effort to promote his new client. Bass’s boss Herman Lubinsky suggested the stage name “Big Jay McNeely” as opposed to Cecil, which—in Lubinsky’s opinion—sounded too plain. McNeely’s first hit was “The Deacon’s Hop,” a song that went to number one on the Billboard R&B charts in the winter of 1949. The tune became the most successful of his singles.

Throughout the 1950s and early 1960s, McNeely remained immensely popular in the R&B music world. He became famous for his acrobatic and hard-swinging antics and flamboyant playing style which critics called “honking.” During his act he would occasionally leave the stage, walk across the top of the bar, and sometimes walk out the door of the club with an entourage of people following behind him. Once, while touring in San Diego, he was arrested for disturbing the peace by engaging in such activity.

Like many successful R&B artists of the 1950s and early 1960s, McNeely’s popularity gave way to the British invasion and younger R&B acts like The Supremes, Marvin Gaye, and James Brown. As the decade progressed he found fewer opportunities to promote his style of music.  In 1971 McNeely retired from the music industry and took a job as a mailman. However, due to an R&B revival in the early 1980s, he returned to the music stage and began recording and touring full time. In 1987 he united with B.B. King, Etta James, Freddy Fender, The Hollywood Flames, Gene Vincent, Albert King and Junior Wells on the annual Grammy Awards.

In 2000, the Experience Music Project in Seattle installed a special Big Jay McNeely exhibit in his honor. Now well into his 80s, McNeely still spends a good portion of his time performing both in the United States and overseas in Europe, Asia, and Australia.