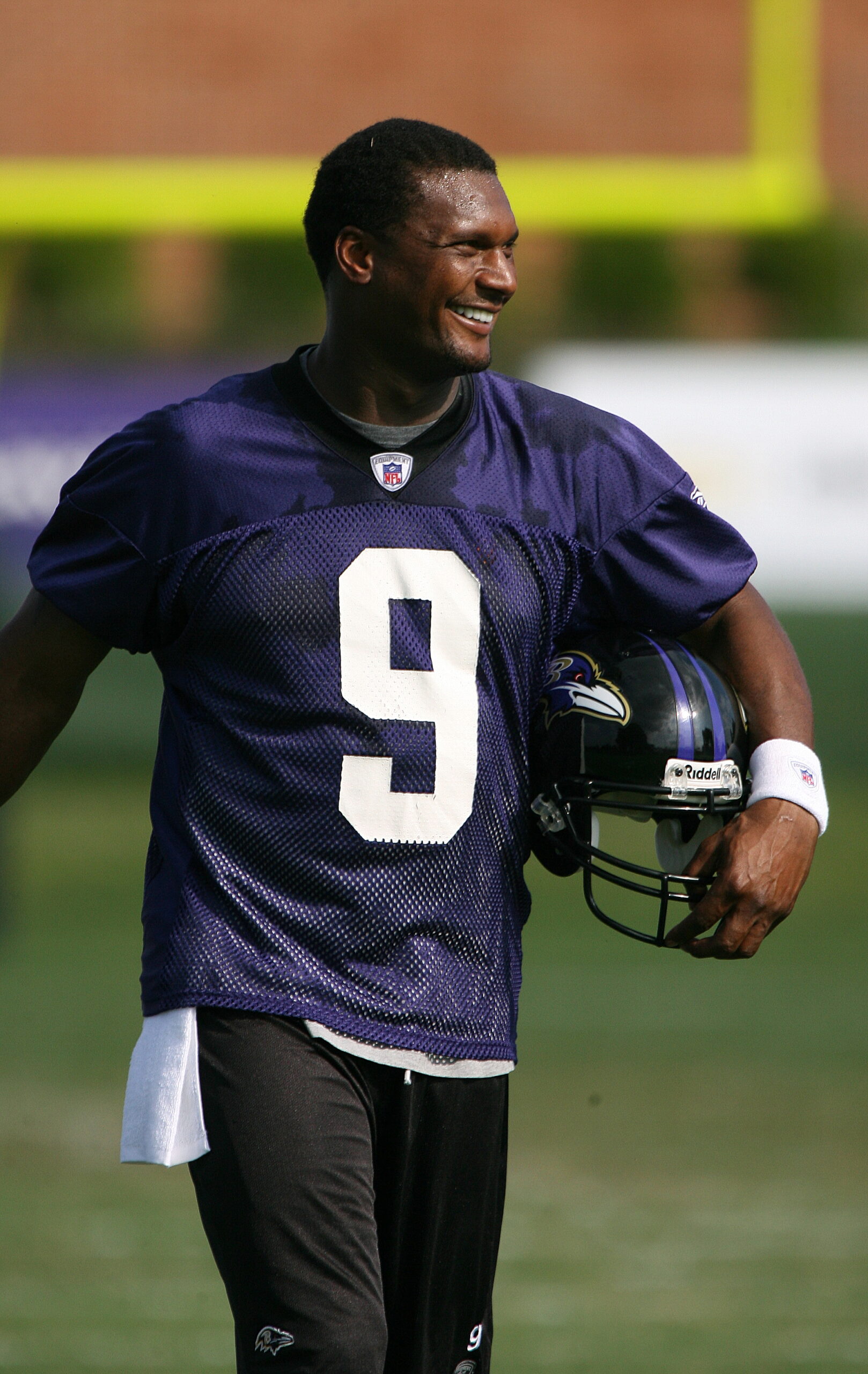 Steve LaTreal McNair was an American football quarterback who played for the National Football League (NFL) for thirteen years with two teams, the Houston/Tennessee Oilers which were renamed the Tennessee Titans, and the Baltimore Ravens. McNair was born on February 14, 1973, in Mount Olive, Mississippi, to Lucille and Selma McNair. He was the fourth of five sons. McNair’s parents divorced when he was eight years old.

McNair attended Mount Olive High School as a freshman in the fall of 1987 where he played football, baseball, and basketball, and ran track. During his junior year, he led Mount Olive to a state championship. Besides playing quarterback, McNair also played free safety on defense. In 1991 the Seattle Mariners drafted McNair in the thirty-fifth round of the 1991 Major League Baseball (MLB) amateur draft, but he didn’t sign with the team.

McNair attended Alcorn State University where he was the starting quarterback for its football team for four years. During those years, he threw for 119 touchdown passes and set a Football Championship Subdivision (FCS) record by throwing and running for a combined 16,823 yards. In his senior year, he set a single season FCS mark by totaling 5,799 yards. McNair finished third in the voting for the 1994 Heisman Trophy behind Rashaan Salaam and Ki-Jana Carter. That same year, he won the Walter Payton Award. While attending college, McNair was a member of Omega Psi Phi Fraternity.

In the 1995 NFL Draft, McNair was selected third overall in the first round by the Houston Oilers, making him at the time the highest drafted African American quarterback in league history. McNair, however, didn’t see much playing time for his first two years in the NFL as he was a backup quarterback to Chris Chandler. In 1997 the Houston Oilers moved to Tennessee and changed its name to the Tennessee Oilers. McNair became starter of the Oilers and led them to an 8-8 regular season record. McNair had 2,665 passing yards, the most for an Oilers quarterback since Warren Moon in 1993. In 1998 McNair set career passing highs with 492 attempts, 289 completions, 3,228 yards, and 15 touchdowns.

In 1999 the Oilers became the Tennessee Titans and that same season, McNair led the Titans to Super Bowl 34 where they lost to the St. Louis Rams. McNair remained with the Titans until 2006 when he signed with the Baltimore Ravens. That year, he led his new team to a 13-3 record and a playoff appearance, losing to the Indianapolis Colts in the divisional round. McNair remained with Ravens until 2008 when he announced his retirement. During McNair’s thirteen-year career, he was a three-time NFL Pro bowler, co-NFL Most Valuable Player in 2003 with Peyton Manning, and recipient of the Byron “Whizzer” NFL Man of the Year Award in 2005, named after the only U.S. Supreme Court Justice who was a former NFL player.

On July 4, 2009, McNair was found dead from multiple gunshot wounds, along with the woman he was dating at the time, Sahel “Jenni” Kazemi, in a Nashville condominium that he rented. After an investigation, Nashville Police ruled McNair death a murder-suicide with Kazemi the perpetrator who shot McNair and then herself. McNair was thirty-six at the time.

McNair had married Mechelle Cartwright in 1997. The couple had two sons, Tyler and Trenton. McNair also had two other sons, Steve LaTreal McNair and Steven O’Brian Koran McNair, by two other women.