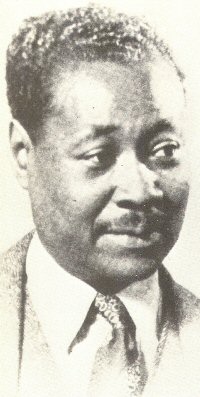 Harlem Renaissance writer Festus Claudius McKay was born on September 15, 1889, in Sunny Ville, in the Clarendon Hills of Jamaica, to peasant farmers Hannah Ann Elizabeth Edwards  and Thomas Frank McKay. Young Claude was tutored by his elder schoolmaster brother, Uriah Theodore McKay, who introduced him to a library dominated by the ideas of the great free thinkers, particularly Thomas Huxley and Herbert Spencer. While working in Kingston as a constable, McKay became the protégé of Walter Jekyll, a British aristocrat and anthropologist who also placed his personal library at Claude McKay’s disposal.

McKay published his first two volumes of poetry, Songs of Jamaica (1912) and Constab Ballads (1912), written in the island’s rich dialect, before migrating to America to study agronomy at Booker T. Washington’s Tuskegee Institute in Alabama and later at Kansas State University. By 1917, however, he was no longer in college and living in Harlem.

McKay’s very formal sonnets, “Harlem Shadows” and “Innovations,” published in the Liberator in 1917, place him among the founders of the emerging Harlem Renaissance.  Yet his militant sonnets:  “If We Must Die,” “The White House,” and “America,” first published in 1919, best epitomized the uncompromising “voice” of this “New Negro movement.” With the publication of Spring in New Hampshire (1920) and Harlem Shadows (1922) during the early years of the Harlem Renaissance, McKay emerged as one of its significant poets.  While many literary critics and historians point to the militant voices of McKay’s speakers and the radicalism of his associates on the political left, and especially the Communist Party in the early 1920, McKay remained an incurable Romantic, infected by the pastoral legacies of agrarian Jamaica.

Claude McKay wrote three novels: Home to Harlem (1929), Banjo (1929), and Banana Bottom (1932).  He also published a collection of short stories titled Gingertown in 1932.  Written during an era where black writers often pandered to the stereotypes of the primitive exotic, Home to Harlem pulsates with controversial stereotypes: cabaret scenes, boozers, jazzers, and dancers.  While the novel was a financial success, it met mixed reviews.  While Langston Hughes and other Renaissance writers praised the work, W.E.B. DuBois found little merit in the volume.  In his review for Crisis, the official publication of the National Association for the Advancement of Colored People (NAACP), Dr. DuBois wrote that he felt “unclean and in need of a bath” after reading the novel. While neither Banjo nor Banana Bottom were financial successes, reviewers generally praised them and considered the latter book, a romantic tale set in the pastoral world of Jamaica, to be McKay’s best novel.

McKay wrote two autobiographies: A Long Way from Home (1937) and My Green Hills of Jamaica (published posthumously in 1979); and a collection of essays, Harlem: Negro Metropolis (1940).  His collection of poems, Selected Poems of Claude McKay (1953), was also published posthumously. Although an atheist most his life, McKay joined the Catholic Church in 1944.  Claude McKay died four years later in Chicago, on May 22, 1948, at the age of 59.