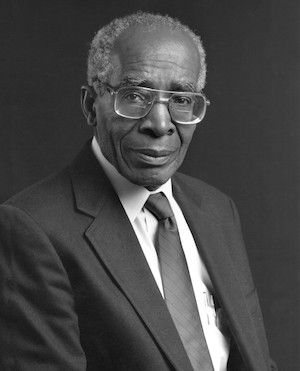 During his forty-year career with Boeing, McHenry advanced from a supervisor to a member of several engineering management teams. McHenry was part of the Boeing workforce that viewed itself as focused on preserving the national security and defense of the United States. As part of that team he contributed his engineering and managerial talents to the development of the B-17, B-29, B-47 and B-52 bombers; the C-97/377 Stratocruiser transport; the BOMARC interceptor missile, as well as the Minuteman and MX Peacekeeping Missile Systems.

Gordon Alexander McHenry was born in Tyler, Texas on March 6, 1921 to parents, James L. McHenry and Lillian V. (Waters) McHenry. Seeking better employment opportunities for themselves and educational opportunities for their children, the McHenrys migrated to Spokane, Washington in 1927 when Gordon McHenry was six years old. After graduating from North Central High School in 1939, he earned a Bachelor of Science degree with honors in electrical engineering from Gonzaga University in Spokane in 1943. McHenry was the first in his family to graduate from college and was one of only a handful of black college graduates throughout the Pacific Northwest in World War II.

After moving to the Seattle community in 1944 he was initially hired at Boeing, McHenry in 1955 married Mildred (Long) and soon became involved in a number of local religious, civic, and cultural organizations. He served as a trustee and Financial Secretary at Mount Zion Baptist Church in Seattle, Washington in the 1960s. As chairman of the Mount Zion’s Housing Development Corporation, he developed and organized a campaign and capital fund drive that created the Rev. Samuel Berry McKinney Manor, a Seattle retirement home for seniors which was completed on July 13, 1998. He also served as president of the Washington Baptist Convention.

As a licensed professional photographer, Gordon McHenry also captured years of national and international travel with his wife and family. Among his other avocations were camping, bicycling, clam digging, beach walking, exploring the Pacific Northwest, and gardening.

Gordon McHenry died in his home in Seattle on May 19, 2001 at the age of 80 after a three-month battle with cancer. He left behind his wife of 46 years, Mildred McHenry, and sons Gordon McHenry, Jr. and Eric McHenry.