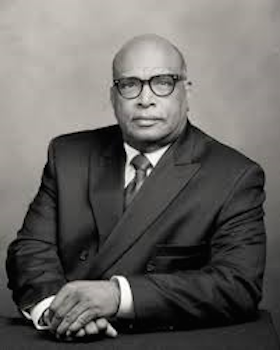 C. Steven McGann joined the Foreign Service in 1992 and has since attained the status of Career member, Senior Foreign Service, with the rank of Minister-Counselor (FE-MC).  His overseas posts have included Taiwan, Zaire, South Africa, Australia, and Kenya.

As South Asia Bureau Deputy Director for Pakistan, Afghanistan, and Bangladesh (2000-2002) he helped craft polices to restore democracy in Afghanistan.  As Director for Asia and the Near East in the Bureau of Population, Refugees, and Migration (2003-2005), McGann oversaw $370 million in humanitarian assistance for Iraq, Afghanistan, Palestine, Bhutan, and North Korea.  He was next Senior Advisor in the Bureau of East Asian and Pacific Affairs; succeeded by Director of the Office for Australian, New Zealand, and Pacific Island Affairs in the State Department’s Bureau for East Asian and Pacific Affairs (2006-2008).

C. Steven McGann’s first ambassadorial assignment came with the responsibility of not just one, but five nations.  Nominated by President George W. Bush on October 6th, 2008 and subsequently confirmed by the U.S. Senate, he arrived in Suva, the capital of Fiji, on November 24, 2008 and presented his credentials to the island government. He presented his credentials to four other nearby South Pacific island nations—Kiribati, Tonga, Nauru, and Tuvalu—on the same day.  Resident at Suva, Ambassador McGann oversaw the construction of a new U.S. Embassy in that city and was also the first United States Representative to the Pacific Islands Forum, during which he served as principal interlocutor with the Secretariat of the Pacific Community. He completed his mission to the five South Pacific islands on July 13, 2011.

Returning to the United States, McGann spent 2011-2014 as Vice Chancellor of the College of International Security Affairs at the National Defense University (NDU) in Washington, D.C.  He returned overseas when he was assigned in 2014 as temporary Charge d’Affaires of the United States Embassy in Dili, Timor-Leste.

Born to Evangeline Hutson and Clarence D. McGann on June 28, 1951, Charles Steven McGann received a Bachelor of Arts from Claremont McKenna College in 1973, did graduate studies in comparative government at Cornell University from 1975 to 1978, and received a Master’s of Science degree in 2003 from the Industrial College of the Armed Forces, National Defense University.  He was also a 2007 graduate of the Naval War College.

A resident of New York City, New York, he is married to Bertra McGann and together they have five children.  He currently serves on the Board of Directors, Partnership for the Environmental Protection of the Pacific.