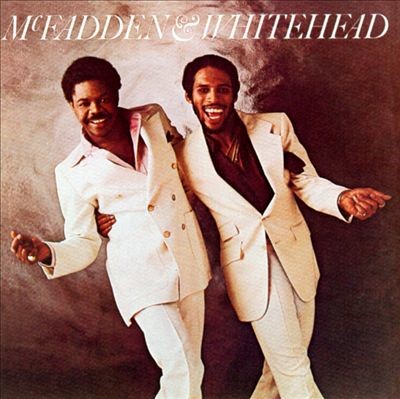 The composers, lyricists, and performers who comprised the duo McFadden and Whitehead were reared in Philadelphia, Pennsylvania. Gene McFadden was born on January 28, 1949, in Olanta, South Carolina, and John Cavadus Whitehead was born on July 10, 1948, in Philadelphia, Pennsylvania. As teenagers, they met at Edison High School in North Philadelphia in 1964. Upon graduating in 1967 they formed the Epsilons, a band “discovered” and managed briefly by Otis Redding until Redding until 1967.

McFadden and Whitehead then became writers for Gamble and Huff’s Philly International Records where the wrote several hits including the O’Jays’ “Back Stabbers” Harold Melvin and the Blue Notes, “Wake Up Everybody.”

McFadden and Whitehead’s 1979 hit single “Ain’t No Stoppin’ Us Now” was intended for the O’Jays but the duo decided to record themselves. It was no. 1 on Billboard’s R&B chart and peaked at 13 on the Billboard Hot 100. It sold eight million records globally and at the 22nd Annual Grammy Awards, the duo was nominated for “Best R&B Vocal Performance by a Duo, Group or Chorus.” Later that year their R&B debut album, McFadden & Whitehead, which included that signature piece, peaked at no. 5 on the R&B album charts and no. 23 on the Billboard 200. Three years later, in 1982, the album Movin’ On was released on Capitol Records label, and “I Heard It in a Love Song,” was a Top 30 R&B hit. Altogether the duo wrote more than 400 songs including a string of hits that became the pillar of the 1970s sound of Philadelphia. They could not replicate that success in later decades.

Their final single recorded before their death but released posthumously, was titled “Show Me The Money.” It was released in 2009 on the Newtrend Unlimited label. In 2017, McFadden and Whitehead were posthumously inducted in the Philadelphia Music Walk of Fame, Class of 2017.