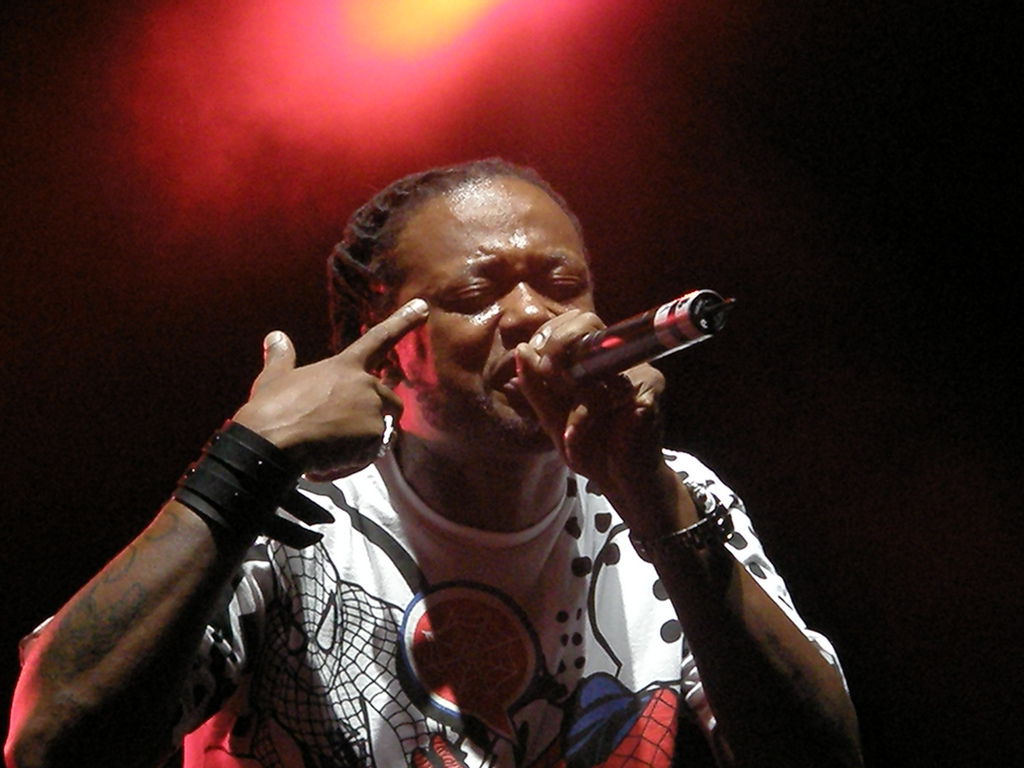 MC, or Master of Ceremonies, is a term traditionally associated with someone who determines the forms to be observed on a public occasion, acts as host at a formal event, or is host for a program of entertainment.  Since the 1970s the term MC (or emcee) has come to be associated with hip-hop culture, and rap music in particular, as a vocalist who rhymes over sampling, scratching, and mixing supplied by a DJ.

When hip-hop in New York City, New York began to grow in clubs and through block parties during the 1970s, the DJ was the center of attention.  The most popular DJs developed large followings and drew the biggest crowds at their events.  During this era, the MC was simply on hand to get the crowd excited about the DJ and to announce upcoming appearances.  If any rhyming was to be done by the MC, it was to talk about how great the DJ was. In most cases the MC needed the DJ’s permission to get on the microphone at all.

As hip-hop culture evolved, so did the MC. The flexibility of slang in the language of hip-hop gave a variety of new meanings to what MC stands for, such as “Microphone Controller,” “Move the Crowd,” and “Mic Checka.”  Given more freedom on the microphone in front of audiences, MCs began to get more creative with their performance opportunities. When the seminal hit song “Rapper’s Delight” was released in 1979, the focus of hip-hop music and culture was placed squarely on the vocalist or MC.  Over time numerous artists including MC Shan, MC Lyte, MC Hammer, and Young MC have incorporated the title into their stage names.

With the passage of time, a differentiation by some in hip-hop culture has begun to appear between an “MC” or “emcee” and a “rapper.”  The MC/emcee is often associated with traditional aspects of hip-hop which connect to DJing, graffiti, and breakdancing, the other three root elements of the culture.  Meanwhile, the rapper is generally viewed as more aligned with the trends and demands of mainstream popular culture.  This parallels the axiom which states that while rap is something one does, hip-hop is something one lives.  In his book The Art of Emceeing, hip-hop artist Stic.man of the group Dead Prez wrote: “A rapper is to an emcee what an average street fighter is to a trained martial artist.  They are both fighters but the degree and depth of their skill is very different.”