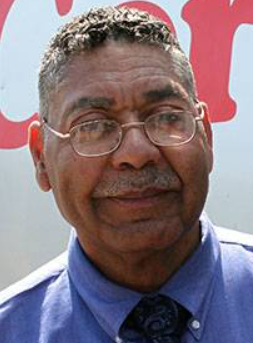 William “Bill” G. Mays, entrepreneur, philanthropist and civic leader, was born in Evansville, Indiana to Joy and Theodore C. Mays, Sr. on December 4, 1945.  The youngest of three sons, his older brothers, Theodore Jr. and Robert, were twins.  Both parents were educators who encouraged their children to excel in their studies.

Mays’ early professional career included work as a test chemist, sales professional, and an account manager.  He worked for Procter & Gamble Co. (P&G), Eli Lilly Company, and Cummins Engine Company.  His academic training and work in chemistry, finance, marketing and manufacturing prepared him to take on the presidency of a small chemical distributorship, Specialty Chemicals, a division of Chemical Investors, in 1977.  Sales of the company grew from $300,000 to $5 million during his three-year tenure as president.  However, when the racial composition of Specialty’s Board of Directors changed, Mays resigned the presidency in 1980 rather than participate in the inaccurate representation of Specialty Chemicals as a minority-run business.

In March 1980, Mays launched the Mays Chemical Company, Inc.  In the early years, the company was a one-man operation with Mays handling all responsibilities.  By the end of its first year, Mays Chemical boasted $2 million in sales, twice its goal. In 1985, Mays purchased the remnants of Specialty Chemicals and absorbed it into Mays Chemical. In the first five years of Mays Chemical, company sales reached $50 million and in ten years they topped $100 million.  At the time of his death, Mays Chemical Company employed more than 180 people in Indianapolis, Chicago (Illinois), Detroit (Michigan), New Jersey, Canada, and Puerto Rico, and reported more than $180 million in sales.

Recognized as Indiana’s most successful Black businessman, Mays purchased the nation’s fourth oldest surviving black newspaper, The Indianapolis Recorder, in 1990.  Under his ownership, the newspaper earned multiple awards and recognition from the National Newspaper Publishers Association.  He entered the electronic media industry in 1993 by becoming the majority owner of IBL, LLC; minority owner of Shirk, Inc.; and a member of the Board of Directors of Hoosier Broadcasting Corporation.  In June 2000, Radio One, the nation’s largest minority-owned media organization purchased these businesses for $40 million.

Mays was married to Rose (Cole) Mays, Ph.D., professor emerita and former Associate Dean for Community and International affairs in the Indiana University School of Nursing in Indianapolis.