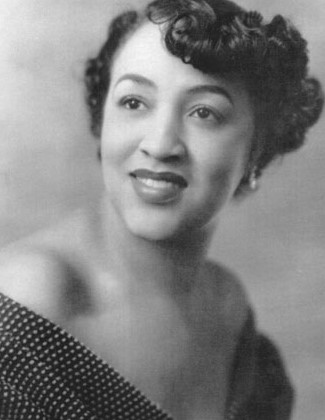 Mary Beatrice Davidson Kenner is an inventor of numerous products we use today and has the most patents of any African American woman. Kenner was born on May 17, 1912, in Monroe, North Carolina. Her father was inventor Sidney Nathaniel Davidson, and her mother is unknown to the public records; she has one sibling, her sister, Mildred Davidson Austin Smith.

Kenner patented multiple inventions in her ’40s, however, she began inventing at age six when she attempted to invent a self-oiling door hinge. Invention ran in the family. Her maternal grandfather Robert Phromeberger’s most notable inventions were a tricolor light signal for trains and a stretcher with wheels for ambulances. In 1914, her father patented a clothes presser that could fit in a suitcase. In 1980, her sister invented “Family Treedition,” a family board game.

Mary Kenner had many ideas as a child, including a convertible roof that would go over the folding rumble seat of the car, a sponge tip at the end of an umbrella that would soak up rainwater, and a portable ashtray that would attach itself to a cigarette pack. When her family moved to Washington D.C. in 1924, she walked the halls of the U.S. Patent and Trademark Office to become familiar with the building and the patent process.

In 1931, Kenner graduated from Dunbar High School and started attending Howard University but dropped out after a year and a half for financial reasons. She then took multiple odd jobs, and in 1941, she became a federal employee, remaining there during the rest of the decade. In 1950, she became a professional florist and ran her flower shop into the 1970s while inventing things in her spare time.

Kenner’s first patent was in 1957 for the sanitary belt. While she originally invented the sanitary belt in the 1920s, she couldn’t afford a patent. Over time she improved her earlier version and other versions that were patented before hers. The sanitary belt aimed to prevent the leakage of menstrual blood on clothing, which was a common problem for women at the time. The Sonn-Nap-Pack Company got word of this invention in 1957 and contacted her intending to market her invention, however when they discovered that she was Black, they declined. Beltless pads were invented in the 1970s and, as tampons became more popular, women stopped using sanitary belts.

In 1976 Kenner patented an attachment for a walker or wheelchair that included a hard-surfaced tray and a soft pocket for carrying items. She and her sister invented a toilet paper holder they patented in 1982. Her final patent, granted on September 29, 1987, was for a mounted back washer and massager.

Mary Davison Kenner married James “Jabbo” Kenner in 1951. He died in 1983. They were foster parents and adopted Woodrow, one of their five foster kids. Mary Beatrice Davidson Kenner died on January 13, 2006, in Washington D.C. at the age of 93.

Kenner didn’t receive any awards or formal recognition for her work. However, her inventions and contributions helped pave the way for subsequent innovations. Kenner still holds the record (five) for the greatest number of patents awarded a Black woman by the U.S. government.