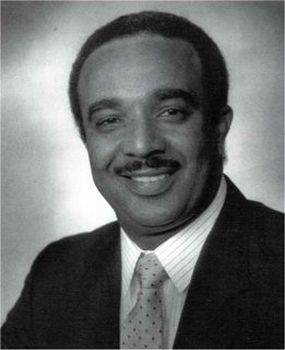 Mahlon Martin, the first African American president of the Winthrop Rockefeller Foundation, was born in Little Rock, Arkansas in 1945. He received a degree in business administration at Philander Smith College in Little Rock, Arkansas, and took graduate courses at Harvard’s John F. Kennedy School of Government and at Cornell University.

Martin initially had dreamed of becoming a professional baseball player and received a scholarship to Grambling State University in Louisiana, but stayed in Little Rock when his grandmother became seriously ill.  Beginning in 1980 Martin took the first of two high profile administrative positions in the government and the private sector.  In that year he became the first African American City Manager of Little Rock, Arkansas, the capital and largest city in the state.  At 35 he was also one of the youngest individuals in the nation to manage a major city in the United States. Martin administered an annual budget exceeding $32 million dollars and oversaw more than 1,300 city employees.

In 1985, Arkansas Governor Clinton appointed Martin the director of the Department of Finance and Administration for the State of Arkansas, a post he held until 1989.  Again, he was the first African American to hold the position.

Martin became President of the Winthrop Rockefeller Foundation in 1989.  He was responsible for managing the foundation’s endowment and leading the foundation’s charitable trust and organized annual giving program of about $3 million. During his tenure, he was also oversaw grant-making activities, focused on economic development, education and civic affairs.  Martin was the second President of the Foundation established in 1975 following the death of former Arkansas Governor Winthrop Rockefeller.

Martin brought a reputation of honesty, integrity, and credibility to the newly formed Foundation which was created by the former Governor to help people of all backgrounds and races.  Governor Rockefeller in particular wanted the Foundation to address the needs of the poor and powerless citizens of the state and Martin made that the focus of his tenure as President.

Mahlon Martin died in 1995 after a long, losing battle with cancer that had been ongoing for two years. In 2004 the City of Little Rock established the Mahlon A. Martin Award, to be given to the City Employees of the year exemplifying the integrity, character, and high standards modeled by Martin.