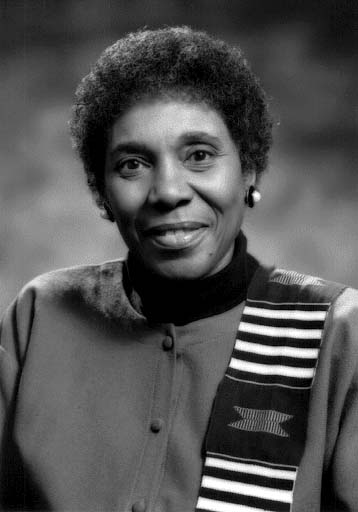 Valenza Pauline Burke, later known as Paule Marshall, was born on April 9, 1929, in Brooklyn, New York.  She was the daughter of Ada and Samuel Burke, both emigrants from Barbados, and she grew up in a neighborhood with a significant number of other families from the West Indies.  Although she went through a period of rejecting her West Indian heritage as a child, her writing was ultimately inspired by the conversations between her mother and other Bajan (Barbadian) women.  In her essay From the Poets in the Kitchen, she explains how the women would use the English language as an instrument for narrative art, changing around the rhythm and accent to create a distinctive dialect.

After college Marshall began to write feature stories for Our World, a small Black publication.  During this time she was writing for herself at home.  Her first novel, Brown Girl, Brownstones, took shape over five years and was published in 1959.  This book deals with the coming of age of a West Indian girl while simultaneously exploring the Black emigrant experience in America.  Some of her later novels and short stories include Soul Clap Hands and Sing (1961), Reena (1962), Some Get Wasted (1964), To Da-Duh: In Memorandum (1967), The Chosen Place, the Timeless People (1969), Praisesong for the Widow (1983), and Daughters (1991).

Marshall’s fiction is rooted in Black cultural history.  Her novels place an emphasis on Black female characters and she used these characters to address contemporary feminist issues from an Afrocentric perspective.  She challenged her readers to understand the political, social, and economic structures societies are built on.  Through her literature, she highlighted the oppressive systems that are in place. She also challenged people of African descent to reinvent their own identities.   In addition to being an author, Paule Marshall was also a professor of English and creative writing at Virginia Commonwealth University in Richmond.  She received many awards in her career, including the Guggenheim Fellowship (1960), the American Book Award (1984), the Langston Hughes Medallion Award (1986), and the John D. and Catherine T. MacArthur Fellowship (1992).

Paule Marshall, who suffered from dementia, passed away on August 12, 2019, in Richmond, Virginia. She is survived by her son, Evan K. Marshall. She was 90 years old.