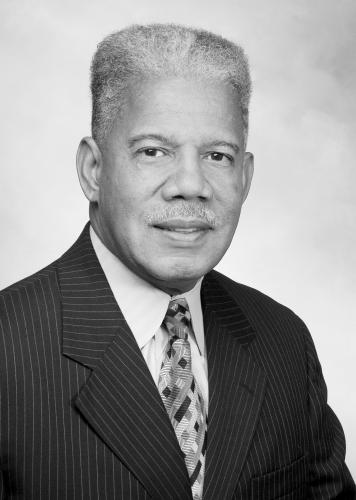 Henry Marsh is a prominent political figure, black activist, and lawyer in Richmond, Virginia.  He was born on December 10, 1933 in Richmond but when his mother died at age five, he was sent to live with relatives in rural Virginia.  Marsh, who attended Moonfield School, a racially segregated one room school with seven grades, one teacher and 78 students, knew first hand the consequences of school segregation.

Marsh eventually returned to Richmond and graduated with honors from Maggie L. Walker High School in 1952.   He then enrolled in Virginia Union University, a predominately black college in Richmond, where he received his bachelor’s degree in arts and sciences (BA.) in 1956. Marsh majored in sociology at Virginia Union. During his senior year Marsh testified before the Virginia General Assembly against the “massive resistance” campaign designed to circumvent the 1954 Brown v. Board of Education decision.  While at the Assembly he met veteran civil rights attorney Oliver Hill who encouraged Marsh to go to law school.  Marsh followed his advice and in 1959 Marsh obtained a bachelor of law degree (L.L.B.) from Howard University.  Marsh served in the U.S. Army for the next two years.

In 1961 Marsh joined Samuel L. Tucker to form a small black Richmond law firm that is now called Hill, Tucker & Marsh P.L.L.C after Oliver Hill joined the firm in 1965.  Marsh concentrated on civil rights law and won a series of important legal victories including Quarles v. Philip Morris (1967), involving racial discrimination in employment, Brewer v. School Board of City of Norfolk (1970), a school desegregation case, and Gravely v. Robb (1981), which resulted in single member districts to the Virginia General Assembly.  The creation of single member districts made it easier for African Americans to be elected to the Virginia legislature.

By the mid 1960s Marsh became active in Richmond politics. In 1966 Marsh was elected to the Richmond City Council.  Eleven years later, on March 8, 1977, Marsh was the first African American elected mayor of Richmond, Virginia.  After his term ended in 1981 Marsh remained on the Richmond City Council for another decade.   In 1981 Marsh hosted the National Conference on the Black Agenda which attracted over 1,500 black federal, state, and local officials.

In 1991 Henry Marsh was elected to the State Senate of Virginia where he remains to this day.  Representing the 16th District, which includes parts of Richmond and Petersburg, Virginia, Marsh is a member of the Finance Committee, Local Government Committee, and the Transportation and Rules Committee.  He chairs the Court of Justice Committee.  He is also the co-founder of the Richmond Renaissance, which is an organization to promote the city.  Marsh is also the co-founder of the Metropolitan Economic Development Council, an organization to bring jobs to Virginia and the founder of Blacks Mobilized Against Crime, a group formed to raise crime awareness in Richmond.

Marsh, recipient of numerous public service awards including “Legislator of the Year Award” in 2006 from the Virginia Sheriff’s Association and the 1994 “Humanitarian Award” from the National Conference of Christians and Jews, is a member of Sigma Pi Phi and Alpha Phi Alpha Fraternities.  He lives in Richmond with his wife, Diane.  The couple has three children, four grandsons, and two granddaughters.

Lewis A. Randolph, Rights for a Season: The Politics of Race, Class,
and Gender in Richmond, Virginia
(Knoxville: University of Tennessee
Press, 2003); http://wayneorrell.com/id54.html;
http://www.thehistorymakers.com/biography/biography.asp?bioindex=656;
http://www.virginia.edu/publichistory/biographies/hm.html