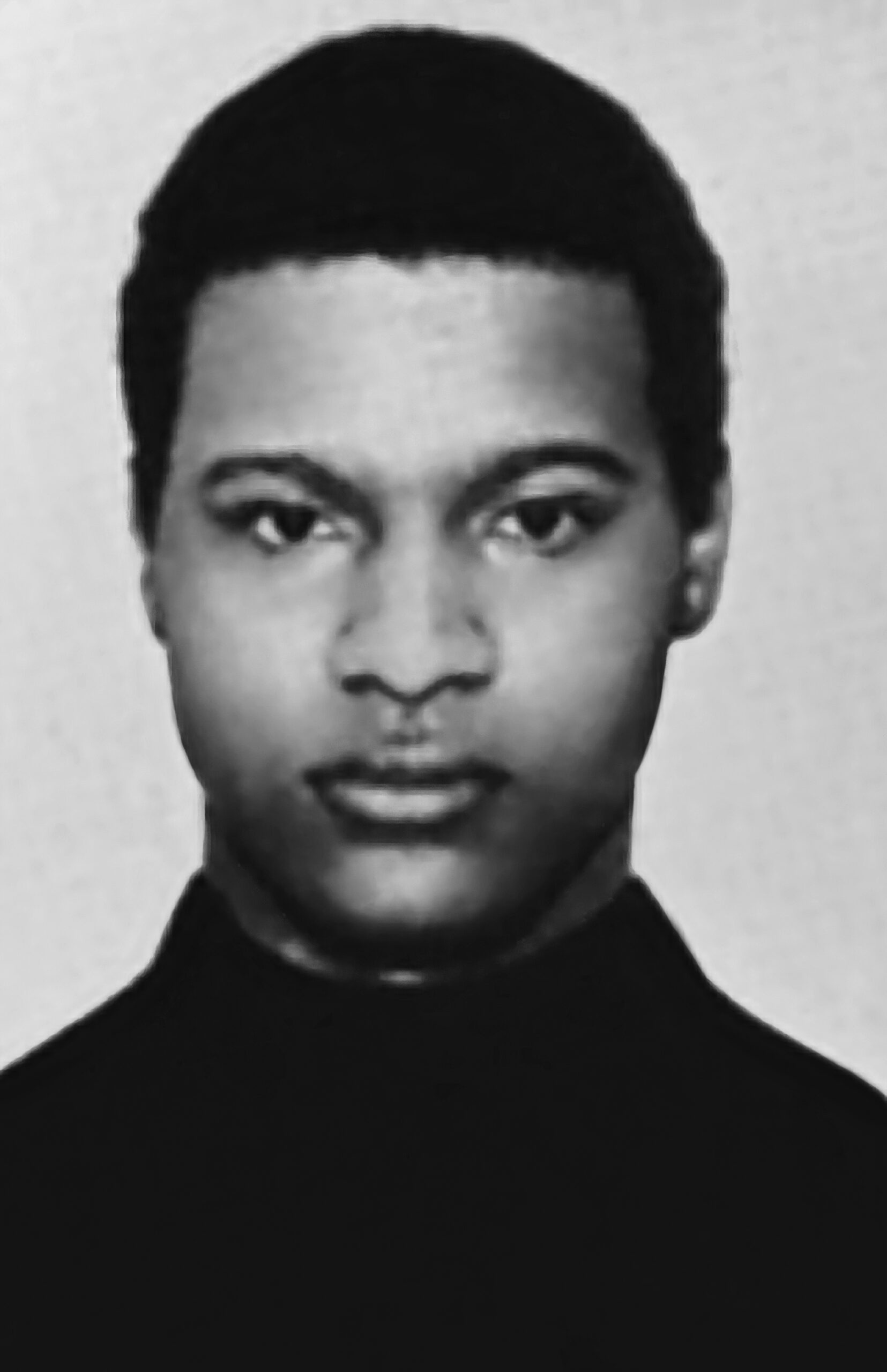 Mark Clark was a 22-year-old activist and member of the Black Panther Party (BPP) who on December 4, 1969 was killed along with Chicago area Black Panther Party President Fred Hampton. Clark was born on June 28, 1947 to Elder William Clark and Fannie Bradley Clark in Peoria, Illinois. Growing up, he became active in with National Association for the Advancement of Colored People (NAACP). He was an activist fighting against discrimination in employment, housing, and education. He attended Manual High School and Illinois Central College in Peoria, Illinois.

Clark joined the Chicago chapter Black Panther Party after reading its literature and ten-point program. He also organized a Peoria chapter of the BPP where with the support of local Pastor Blaine Ramsey, he established a free breakfast program at Ward Chapel AME Church in Peoria, Illinois. Church members concerned that the free breakfast program’s sponsorship by the Black Panther Party would draw FBI attention to them, voted against continuing it.

On December 4, 1969, the Chicago Police stormed into Fred Hampton’s apartment at 2337 West Monroe Street, killing Clark and Hampton, and wounding Verlina Brewer, Ronald “Doc” Satchel, Blair Anderson, and Brenda Harris. Deborah Johnson, who was with Hampton and eight months pregnant with their child, was sleeping in the south bedroom of the apartment. Satchel, Anderson, and Brewer were asleep in the north bedroom. Harris and Louis Truelock were sleeping in the living room on a bed, and Harold Bell was sleeping on a mattress on the floor. Clark, who was on security duty with a shotgun in his lap, was sitting in the apartment’s front room. Clark died instantly as the first shot by Chicago police hit him in the heart. 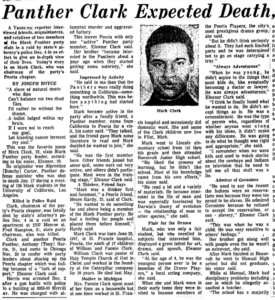 Later that year a $47.7 million lawsuit was filed on behalf of the survivors and the relatives of Clark and Hampton, stating that their civil rights were violated. Twenty-eight defendants were named in the lawsuit, including State’s Attorney Edward Hanrahan, the City of Chicago, Cook County, and the federal government. In 1977, Judge Joseph Sam Perry of United States District Court for the Northern District of Illinois dismissed the suit against twenty-one defendants before jury deliberations. After jurors were deadlocked on the charges against the seven remaining defendants, Perry dismissed the lawsuit against them as well.

In 1979, the United States Court of Appeals for the Seventh Circuit in Chicago stated that the government had withheld documents, obstructing the judicial process. The case was reinstated against twenty-four of the defendants and the Court of Appeals ordered a new trial. The Supreme Court of the United States ultimately heard the appeal and voted 5-3 in 1980 to return the case to the District Court for a new trial. In 1982, the City of Chicago, Cook County, and the federal government agreed to a settlement in which each defendant would pay $616,333 to a group of nine plaintiffs, including the mothers of Clark and Hampton.