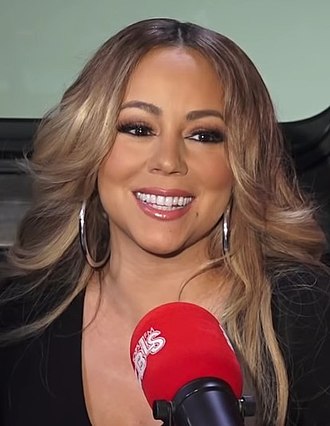 For the last thirty years, the name Mariah Carey has been synonymous with stellar singing and unmatched musical talent. As one of modern music’s most powerful voices, Carey holds the record for third-best-selling female artist of all time, after Madonna and Rhianna, and the most No. 1 hits on the Billboard charts. She is a distinguished singer-songwriter, actress, and philanthropist. Her five-octave vocal range is unmistakable.

Carey was born on March 27, 1969, in Huntington, New York to Alfred Roy Carey who was Afro-Venezuelan, and Patricia Hickey who is white American with Irish heritage. Hickey, who was an opera singer and vocal coach, had an ear for her daughter’s vocal abilities when she was only three years old. As a mixed-race child, Carey, her two older siblings, and her parents faced bigotry in 1970s Long Island. Amid several moves and an estranged relationship with her father due to the parents’ divorce, Carey still held aspirations of becoming a singer. Her mother cultivated her daughter’s rich voice by giving her vocal training.

By the time Carey graduated high school, after years of recording demo tracks, she was singing backup for recording artist Brenda K. Starr. Her big break came at a 1988 New York City industry party when she was 18 years old. She met record producer Tommy Mottola who signed her to Sony Music after hearing her demo tape. Her career under Sony spanned the 1990s and produced chart-topping albums such as her eponymous debut in 1990, Music Box (1993), and Daydream (1995). “All I Want For Christmas” from her 1994 Merry Christmas album became one of her greatest hits and it charted again at No.1 on its 25th anniversary in 2019.

Carey’s close working relationship with Mottola turned into marriage in 1993, but it ended in 1997 because of what Carey recounted as his controlling behavior. Their divorce spearheaded Carey’s transition from girl-next-door pop melodies to R&B and hip-hop, beginning with her Butterfly album in 1997. As a result of the transition, she had a No.1 song in every single year of the 1990s decade, a feat no other artist ever accomplished.

The turn of the century and severed ties with Sony brought new challenges for Carey. Her 2001 movie Glitter, and its accompanying soundtrack, were commercial failures. Her physical and mental health were also in limbo after she revealed having been diagnosed with bipolar disorder in 2001 and extending herself to the point of exhaustion on her movie project. Carey regained her footing in 2005 with one of her most successful singles of her career, “We Belong Together,” from her album The Emancipation of Mimi. The decade ended with two more successful albums and a new marriage to actor and rapper Nick Cannon in 2008. At the age of 41, Carey gave birth to twins Moroccan and Monroe in 2011. She subsequently divorced Cannon in 2016.

Carey is a supporter of The Fresh Air Fund, a nonprofit organization that provides summer experiences for children from New York City’s underserved communities. One of The Fresh Air Fund’s camps, Camp Mariah, is named after the singer because of her contributions. As of 2020, Carey has recorded fifteen studio albums.