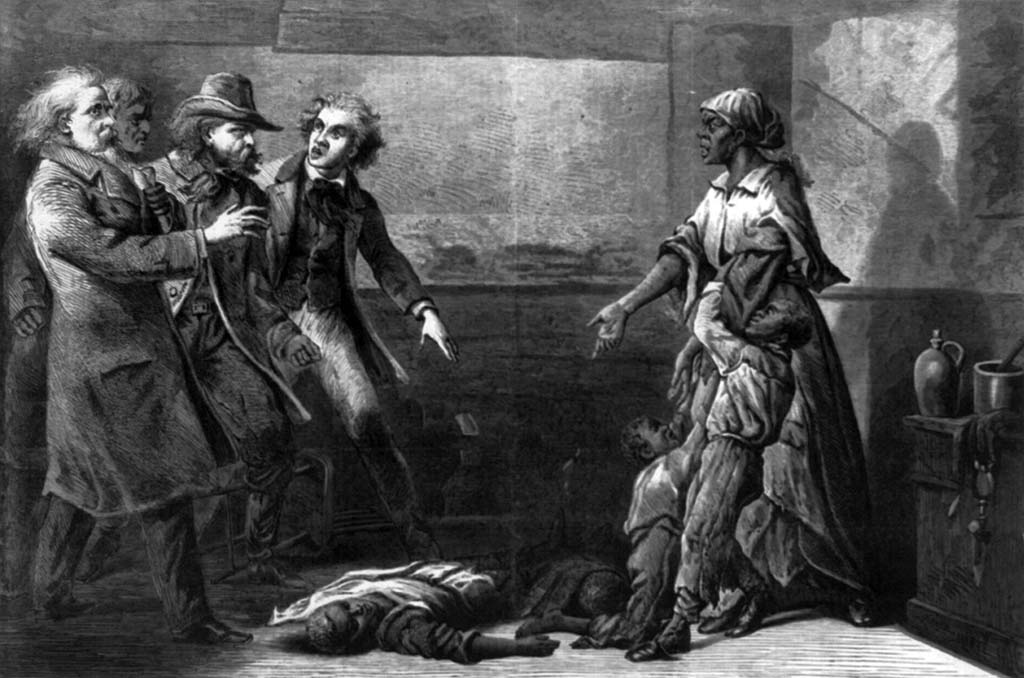 Best known as the inspiration for Toni Morrison’s award winning novel, Beloved, The Margaret Garner Incident of 1856 contains one of the most ground breaking fugitive slave trials of the pre-Civil War era. Margaret Garner was born into slavery on June 4, 1834 on Maplewood plantation in Boone County, Kentucky. Working as a house slave for much of her life, Garner often traveled with her masters and even accompanied them on shopping trips to free territories in Cincinnati, Ohio.

After marrying Robert Garner in 1849, Margaret bore four children by 1856. The 1850s were also a period in which the Underground Railroad was at its height in and around Cincinnati, transporting numerous slaves to freedom in Canada. The Garners decided to take advantage of such an opportunity to escape enslavement. On Sunday January 27, 1856, they set out for their first stop on their route to freedom, Joseph Kite’s house in Cincinnati.

The Garners made it safely to Kite’s home on Monday morning, where they awaited their next guide. Within hours, the Garners’ master, A.K. Gaines, and Federal marshals stormed Kite’s home with warrants for the Garners. Determined not to return to slavery, Margaret decided to take the lives of herself and her children. When the marshals found Margaret in a back room, she had slit her two-year-old daughter’s throat with a butcher knife, killing her. The other children lay on the floor wounded but still alive.

The Garners were taken into custody and tried in what became one of the longest fugitive slave trials in history. During the two week trial, abolitionist and lawyer, John Jolliffe, argued that Margaret’s trips to free territory in Cincinnati entitled her and her children to freedom. Although Jolliffe provided compelling arguments, the judge denied the Garners’ plea for freedom and returned them to Gaines.

In a bid to gain freedom for Margaret and her children, Jolliffe convinced officials to arrest Margaret on the charge of murdering her daughter.  Joliffe surmised that with a murder trial, Margaret would have another chance for freedom. Gaines caught on to Jolliffe’s plan and relocated the Garners to several different plantations before finally selling them to his brother in Arkansas. As a result, federal marshals were not able to serve Margaret with an arrest warrant and she never received a second trial.

Margaret Garner died in 1858 from a typhoid epidemic. Her story lives on today through countless theatrical productions, as well as Toni Morrison’s book and film Beloved.

Steven Weisenburger, Modern Madea: A Family Story of Slavery and Child-Murder from the Old South. New York: Hill and Wang, 1998.