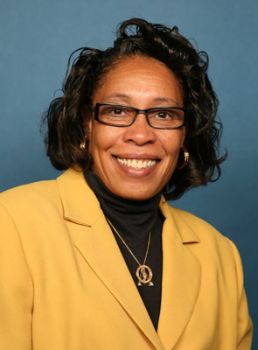 Marcia Fudge is now the Secretary of Housing and Urban Development in the Joseph Biden Administration. Before then she was a member of the U.S. House of Representatives, representing the 11th Congressional District of Ohio since November 2008. She was the first female African American mayor of Warrensville Heights, a predominantly middle-class black suburban city outside of Cleveland. She served as its mayor from January 2000 to November 2008.

Born in Cleveland, Ohio, in 1952, Fudge earned a BS in business administration from Ohio State University in 1975. After working as a law clerk immediately after college, she earned a JD from Cleveland State University in 1983. Fudge then served as an attorney in the Cuyahoga County prosecutor’s office where she also held the position of director of Budget and Finance. She was also an auditor for the estate tax department and has occasionally served as a visiting judge and a chief referee for arbitration. Prior to her election, Fudge was chief of staff to 11th District Congresswoman Stephanie Tubbs Jones during Jones’ first term.

After Jones’ passing on August 20, 2008, a committee of local Democratic leaders selected Mayor Fudge as Jones’ replacement on the November ballot. She easily won the general election in the heavily Democratic, black-majority district with 85 percent of the vote, defeating Republican Thomas Pekarek. She was sworn in on November 19, 2008.

On March 10, 2021, Fudge was given confirmation by a 64-33 Senate vote, as the Secretary of Housing and Urban Development, making her just the second black woman to ever be appointed to the position. Under the previous presidential administration, numerous long standing housing practices were revised and eliminated, causing disproportions in communities and areas with people of color. Fudge said she would dedicate her efforts to boost black home ownership, eliminate discriminatory housing practices, and immediately prioritize rental assistance to those affected by the COVID-19 virus.