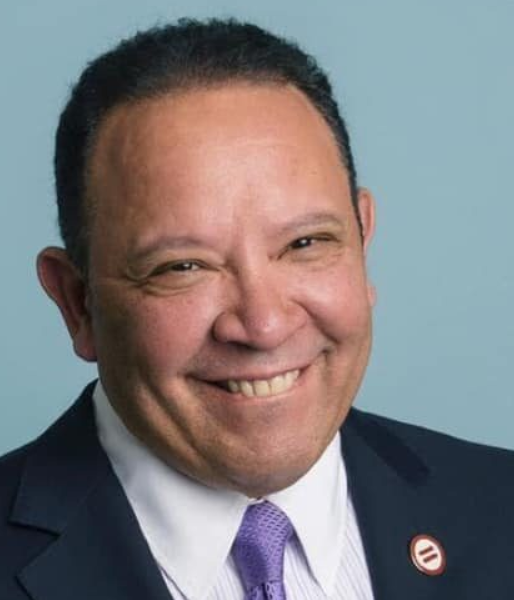 Marc H. Morial is an American politician and civil rights activist. He is best known as an influential political figure in Louisiana and the CEO and president of the National Urban League.

Morial, the second of five children, was born in New Orleans, Louisiana on January 3, 1958. He is the son of Ernest N. “Dutch” Morial, a lawyer and the first African American to be elected mayor of New Orleans, and Sybil Haydel Morial, a university administrator and school teacher. Morial graduated from high school in 1976 and earned a bachelor of arts degree in economics and African American studies from the University of Pennsylvania in 1980. While a college student, Morial helped his father secure the 1978 mayorship by serving as his campaign coordinator.

After earning his law degree from Georgetown in 1983, Morial returned to New Orleans and worked at a law firm before starting his own in 1985. While practicing law, he was involved in the notable Chisom v. Roemer Supreme Court case and helped usher in the idea that the Voting Rights Act can be applied to the selection of judges. This case led to the first African American to be appointed a judge in the state of Louisiana. Morial’s legal work with the disadvantaged and poor resulted in him being awarded the Pro Bono Publico Award from the Louisiana State Bar Association. Morial was also involved both locally and nationally with the Democratic party at this time. He was an important part of Rev. Jesse Jackson’s New Orleans support organization when Jackson was vying to be the 1988 Democratic Party presidential nominee.

Morial’s first introduction to public service began in 1992 when he served in the Louisiana State Senate. He was named Education Senator of the Year, Environmental Senator of the Year, and Legislative Rookie of the Year during his time as a senator. In 1994, Morial followed in his father’s footsteps and became the Mayor of New Orleans. He held this position till 2002 and was the third African American to become mayor. During his two terms in this office, the city of New Orleans saw a reduction in violent crime and poverty, a drop in unemployment, the securing of federal funding for local programs, and police reform. From 2000 to 2002, Morial was concurrently the United States Conference of Mayors president.

Morial was chosen to become the CEO and president of the National Urban League, a civil rights organization, in May 2003. Under Morial’s leadership, the organization has had successful fundraising campaigns and has created a number of initiatives to help young adults and minority businesses.

Morial, a member of Alpha Phi Alpha Fraternity, has three children and is married to Michelle Miller, a news anchor. He holds honorary degrees from the University of South Carolina Upstate, Wilberforce University, and Xavier University. For his political and activist work, Morial has been recognized by Ebony Magazine as one of the 100 most influential Black Americans and by the Nonprofit Times as one of the Top 50 Nonprofit Executives.