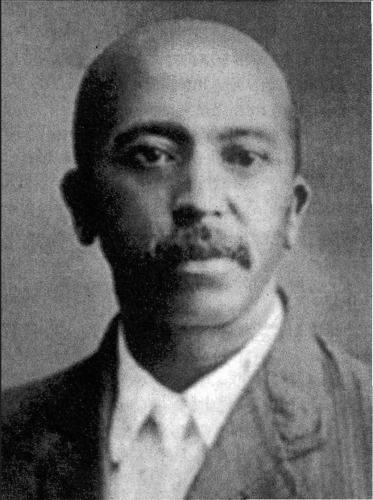 William Lineas Maples, a physician and musician, was born in Sevierville, Tennessee, on March 31, 1869. The son of Edward Maples and Martha Jane Runions, William graduated in the first class of the segregated high school in Knoxville in 1888.  Showing a talent for science, oratory, and music, he received the Dodson medal upon graduation.

Maples taught high school for one year in Austin, Tennessee and then entered medical school at Howard University in Washington, D.C., in 1889.  He received an M.D. degree in 1893 and returned to Knoxville to establish a medical practice.  The Spanish-American War in 1898 interrupted that practice as he joined the U.S. Army’s medical unit of the all-black Third Regiment of the North Carolina Volunteers. He ended his service a year later and returned to Knoxville to resume his practice.

In 1900 agents for the Hawaii Commercial and Sugar Company (HC&S Co.) on Maui traveled through Tennessee and Alabama looking for workers for Hawaii’s plantations. They also sought a physician to staff the hospital that would serve the contract workers. Maples was recruited as the anesthetist for the HC&S hospital. His older brother, Samuel, a lawyer, also accepted a position as a representative of the black contract laborers recruited for the HC&S plantations.

Prior to leaving Knoxville, Maples married Sadie (maiden name unknown), who accompanied him on the voyage to Hawaii. He was assigned to the hospital in Puunene, Hawaii, and for the first few years lived in plantation housing provided to the medical staff.  William and Sadie Maples had not planned on staying in Hawaii for more than two contracts, or six years, but he increasingly found the work professionally satisfying. The hospital had installed a new operating room comparable to any found in a small, modern hospital in Tennessee.

William and Sadie Maples had two daughters, Gladys and Elizabeth, and the family became active in the community, especially after they purchased a house in the town of Wailuku in 1905. Recognizing the need for a first-class drugstore in Wailuku, he opened Maples Drug Store in April 1905. The drugstore closed after a few years as Maples’ responsibilities at the hospital mounted.

William Maples was also known locally for his interest in music. In 1911 he became manager of the Navarro orchestra in Wailuku, which provided popular music of the day for the Maui public. He also wrote the Puunene school song in 1931.

Maples, the first African American university-trained physician to practice in Hawaii, remained on Maui working for the Hawaii Commercial and Sugar Company until his retirement in 1931. William Maples died in Wailuku, Maui, in 1943 at the age of seventy-three.

Miles M. Jackson, And They Came: A Brief History of Blacks in Hawaii