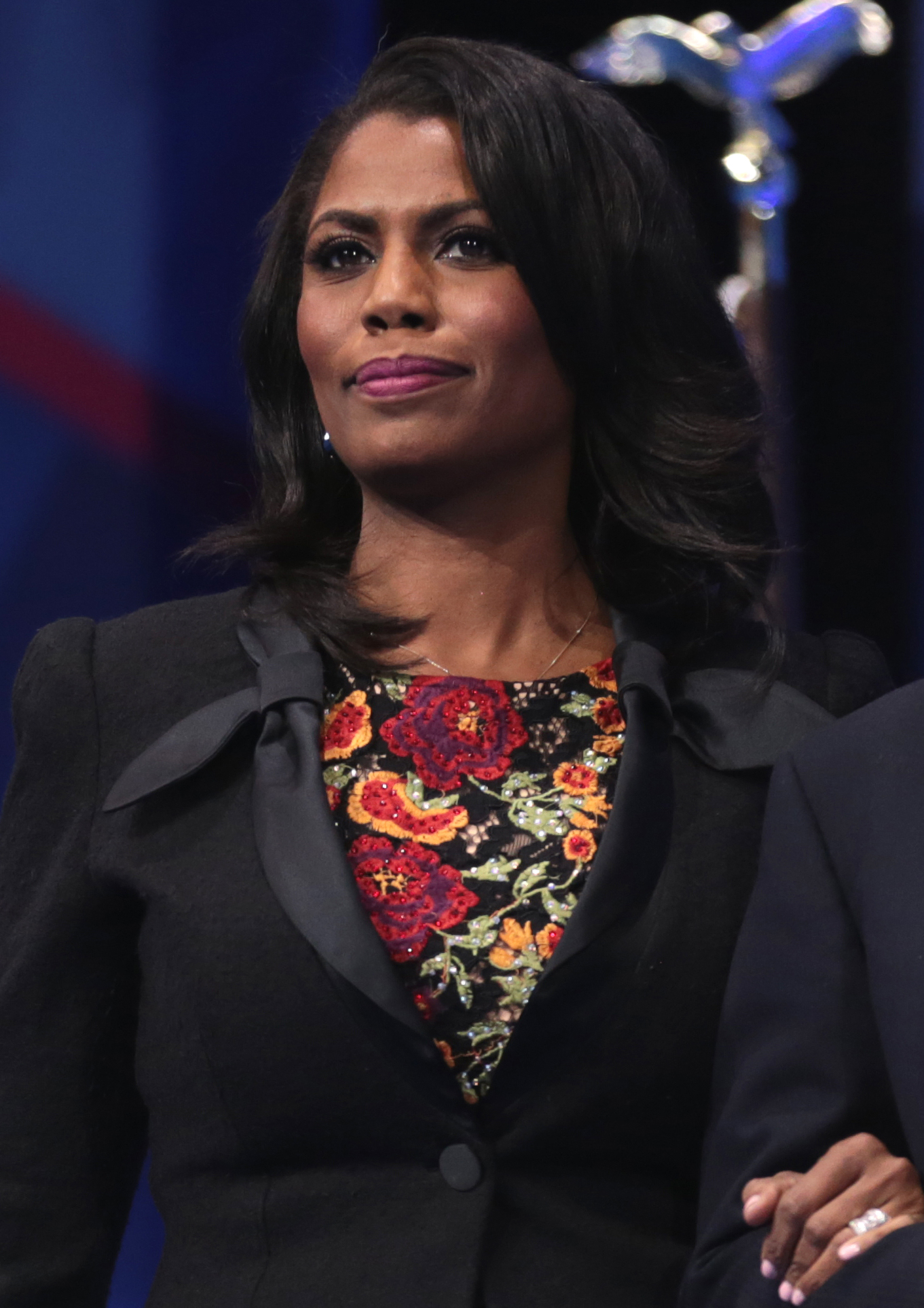 Omarosa Manigault, commonly known as simply “Omarosa,” is a political aide in the Donald J. Trump Administration.  She currently operates out of the White House as Director of Communications for the Office of Public Liaison.

Manigault was born and grew up in Youngstown, Ohio. She is the daughter of Theresa Marie and Jack Thomas Manigault. Manigault grew up on welfare in a housing project.  Her father was murdered when she was seven years old.

Despite this challenging background Manigault completed public schools in Youngstown, and then earned her bachelor’s degree in broadcast journalism in 1996 at Central State University, a historically black institution (HBCU) in Wilberforce, Ohio. After graduation she moved to Washington, D.C. to attend Howard University, where she earned a master’s degree and started a Ph.D. but did not complete it.

Manigault first gained public attention in 2004 as a contestant in the first season of Donald Trump’s The Apprentice. On The Apprentice, Manigault was cast as an alpha-female villain and soon became known by the end of the season as the “woman America loved to hate.” After filming ended and she was fired from The Apprentice, she still maintained communication with Trump. In 2013, she returned to The Apprentice, appearing on Trump’s Celebrity Apprentice All-stars.

Manigault is one of the few people in Trump’s administration who had previously worked in the White House. In the 1990s, Manigault worked in the office of Vice President Al Gore during the Clinton Administration. Her job title was Special Assistant of Logistics and she later served as Deputy Associate Director of Presidential Personnel.

As late as 2014 Manigault tweeted support for Hillary Clinton should she run for president in 2016.  When Trump decided to run in 2015, she joined his team. During the Republican National Convention in July 2016, Manigault served as the Director of African American Outreach for Trump’s campaign.

Among the first black people with name recognition to publicly support Trump’s presidential bid, Manigault defended him continuously. Because of that defense she was widely criticized in the predominantly Democratic African American community.  Critics in particular cited her lack of a historical record of advocacy for African American interests and the near complete absence of policy experience.

Additionally, it was discovered that her resume inaccurately described her past experiences. She described herself as Al Gore’s “senior scheduling and advance coordinator,” but former Gore staff members said that she was pushed out of an entry-level job replying to invitations to Mr. Gore because of unanswered correspondences. Her resume also stated that she was a professor at Howard, but a university spokesman said that she just facilitated and presented at conferences on the campus.

In addition to her role as Director of Communications in the White House’s public liaisons office, Manigault also focuses on community outreach efforts. For example, she links African American groups to Trump and was responsible for the February 27, 2017 meeting for the heads of historically black colleges and universities (HBCUs) with the President. Today, Omarosa is the highest-ranking African American working in the White House.

Vanessa Williams, “Omarosa Manigault is in Trump’s White House because of her loyalty. But What is she doing there?” https://www.washingtonpost.com/politics/omarosa-manigault-is-in-trumps-white-house-because-of-her-loyalty-but-what-is-she-doing-there/2017/03/29/9079294a-0387-11e7-ad5b-d22680e18d10_story.html; Sharon LaFraniere, Nicholas Confessore and Jesse Drucker, “Prerequisite for Key White House Posts: Loyalty, Not Experience,” The New York Times, https://www.nytimes.com/2017/03/14/us/politics/trump-advisers-experience.html; Tara Palmeri, “In the White House, former TV villain Omarosa is one of the ‘blessed,’” Politico, http://www.politico.com/story/2017/03/trump-omarosa-white-house-235754.