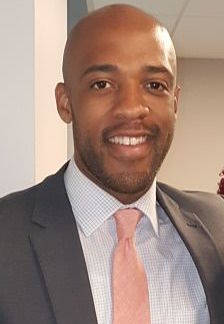 Mandela Barnes is a Democratic politician, former state representative for Madison, Wisconsin, and the 45th Lieutenant Governor of Wisconsin.

Barnes was born on December 1, 1986, in Milwaukee, Wisconsin in one city’s poorest sections and in a zip code that has one of the highest incarceration rates in the United States. His mother was a public school teacher and his father was a United Auto Workers Union member. Barnes attended the private school Holy Redeemer and the public school John Marshall High School. After graduation in 2003, Barnes enrolled at Alabama A&M University (2003-2008) but did not graduate.

Barnes has been involved in politics and government since high school. After graduation he began working on various political campaigns locally and served as an organizer for the interfaith coalition, Milwaukee Inner-City Congregations Allied for Hope (MICAH). He also worked for the State Innovative Exchange, a national public policy organization based in Madison, as the Deputy Director of Strategic Engagement.

In April 2012, at the age of 26, Barnes announced his candidacy for the Wisconsin State Assembly, District 11. The district represents the north side of Milwaukee and a small area of the city of Wauwatosa. Barnes defeated incumbent Jason Fields in the Democratic Party primary election with 2,596 votes to Fields’ 1,206. In the November general election, Barnes ran unopposed and became the representative for District 11. He was reelected in 2014 without a primary or general election challenge.

Barnes announced he would be resigning from the Assembly to launch a campaign for the Wisconsin State Senate District 4 seat in April of 2016 against Lena Taylor, but lost in the August election. In January 2018, Barnes ran for Lieutenant Governor of Wisconsin, and was overwhelmingly endorsed by state senators, assembly member, and leaders of local organizations and unions. Barnes won the Democratic primary in a landslide with 68% of votes, and went on to win the November election, becoming Wisconsin’s first African American Lieutenant Governor. He was only the second black person elected to a statewide office in Wisconsin, after Vel Phillips as Secretary of State in 1978.

During the campaign Barnes was mistaken in the media as a white man and also was falsely claimed to have died in a motorcycle accident. In 2012, Barnes received the “Grassroots Organizer of the Year” award from the Democratic Party of Wisconsin. He is also a board member of several organizations and has served as 2nd Vice Chair for the Democratic Party of Wisconsin since 2017.

After the shooting of unarmed black man, Jacob Blake Jr., in Kenosha, Wisconsin on August 23, 2020, Lt. Gov. Barnes made calls to the White House for the President to stay away, ahead of his September 1, 2020 visit, due to the state of unrest in the community, but Trump visited anyway. Barnes has been active both before and after the Blake incident in efforts to reduce such police shootings and in calls for police reform and greater police accountability.