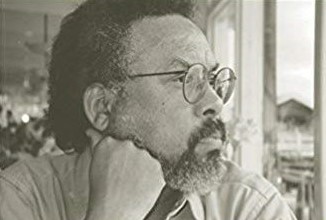 Major was born December 31, 1936, in Atlanta, Georgia to Clarence and Irene Huff Major. In 1946, Major’s parents were divorced and he and his sister, Serena, went to live with their mother in Chicago, Illinois.

Early on, Major’s talents were evident. His drawing ability was first noticed in preschool, and he earned writing prizes throughout his childhood. At age 12, he started lessons with painter Gus Nall, who studied at the School of the Art Institute of Chicago (SAIC). In high school, Major received a Raymond Fellowship to take classes at SAIC.

In 1962, Major moved to Omaha, Nebraska and then, in 1966, to New York City, New York, settling into Greenwich Village where he continued to write and paint. He also began teaching at area schools, where he edited anthologies of his students’ work, part of his life-long interest in collecting and publishing the work of other writers, especially those of African descent. He edited The New Black Poetry (1969) and two well-received anthologies of 20th Century African American writing: Calling the Wind (short fiction, 1993) and The Garden Thrives (poetry, 1996).

Though many writers of his generation were active in what became known as the Black Arts Movement, Major chose a different path, avoiding the naturalistic, social protest writing of the era to concentrate on producing work that was considered experimental. His first novel, All-Night Visitors (1969), was controversial for its non-linear narrative and explicit sexuality. Over the next decade, three novels in a similar vein followed, earning Major such labels as avant-garde, postmodernist and metafictional. He continues to resist categorization, however, preferring the term innovative to describe his work.

Major has published nine novels and two volumes of short fiction. His poetry has appeared in major publications, including Callaloo and The New Yorker. He has published 16 collections of his poems; the newest is My Studio (2018). He has also made numerous contributions to the ongoing conversation about what it means to be an African American writer.

He has received a number of awards and honors, including the National Book Award Bronze Medal (1999) and the 2015 Lifetime Achievement Award in the Fine Arts from the Congressional Black Caucus Foundation.

As a visual artist, Major has exhibited at many galleries and museums. He continues to paint and show his work in solo and group exhibitions. A new volume of his collected paintings, Clarence Major’s Art, is forthcoming in 2019.

Major has married four times and has six children. He and Pamela Ritter Major (married since 1980) live in Davis, California.