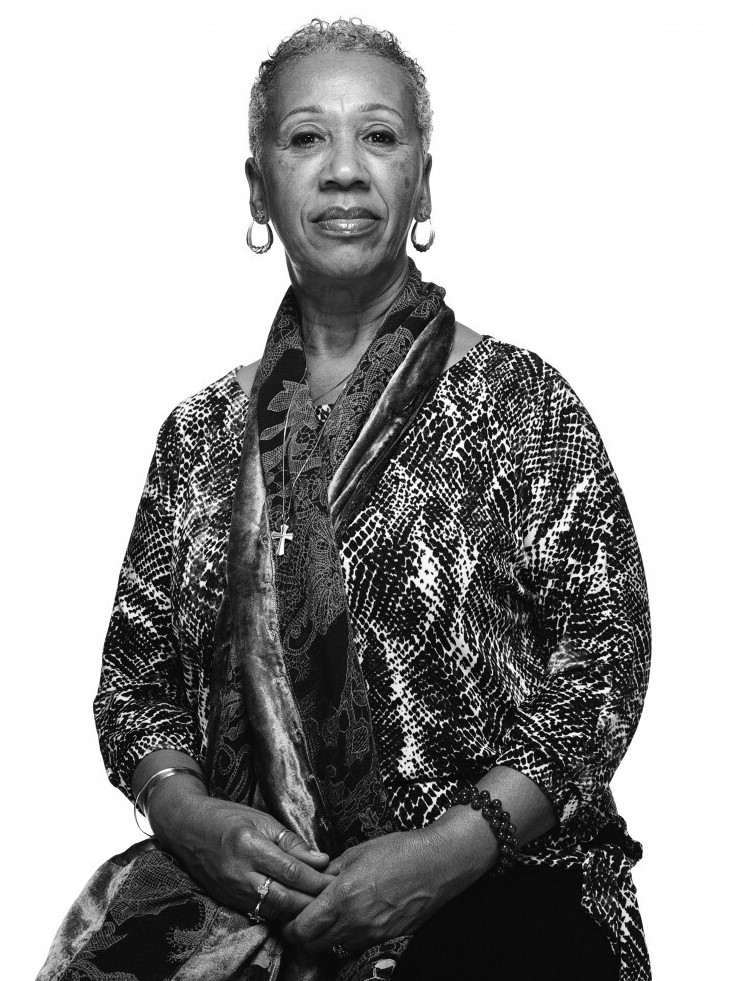 M. Gayle Dickson, also known as Asali, was the only woman graphic artist for the Black Panther Party Newspaper between 1972 and 1974. Dickson was born in Berkeley, California on June 27, 1948 to James Stowers, a dry cleaner owner, and Madeline Stowers, a seamstress. After her parents divorced two years later, she moved with her mother and siblings to Oakland. At an early age, Dickson began a pattern of drawing that was nurtured in the Oakland Public Schools. In 1966, she graduated from Fremont High School and attended Laney Community College where she studied painting. A year later, she transferred to Merritt College, a hub for black student political protest, and learned about African cultural heritage through African masks. While there, she also joined the Black Student Union and engaged in a protest against police brutality at the Housewives Market in downtown Oakland after police assassinated Bobby Hutton.

In 1969, Stowers married Melvin Dickson and, in 1970, they traveled to Seattle and joined the local chapter of the Black Panther Party (BPP). She painted a sign for the Sydney Miller Free Health Clinic and worked with the survival programs. For a short period, she attended the University of Washington where she received additional art training and joined the Black Student Union. The couple both relocated to Oakland in 1972 to work for the BPP Headquarters.

Dickson was assigned to the graphic arts department where she met Emory Douglas, BPP Minister of Culture. Under his guidance, she integrated more political and social commentary into her artwork which appeared on the back of the Intercommunal News Service. Her images often focused on women and children to critique capitalism and urban poverty. They also promoted the BPP’s 10-point program and the political campaigns of Elaine Brown and Bobby Seale. In 1974, she transferred to the Oakland Community School and was responsible for designing the letterhead, teaching pre-school art classes, and administrative duties. After suffering injuries from a car accident and experiencing burnout from the Party, she left the BPP in 1976.

Working off and on, in 1986, Dickson graduated from Holy Names University in Oakland with a Bachelor of Fine Arts degree. Two years later, she worked for the City of Berkeley as an office clerk and then was promoted to Assistant Analyst. In 1994, she went into ministry and enrolled at San Francisco Theological Seminary, graduating with a Master of Divinity in 1998. After her ordination, she pastored the South Berkeley Community Church from 1998 to 2006 where she fused her art and preaching as a way to minister to people. Under her leadership, she introduced a Friday Nights Arts Dinner and sponsored a youth art exhibit. She also maintained a full-time job as the Assistant Administrator for Sister Thea Bowman Manor/ Percy Abram Jr. Senior Apartments. In 2016, she retired.

Dickson currently resides in Richmond, California where she continues to paint, teach, and is a sought-after speaker in the Bay Area.